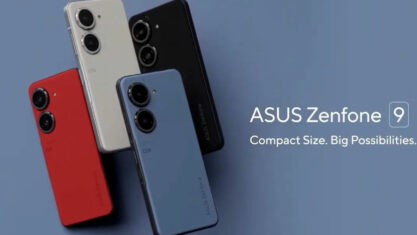 Asus is still making handsets for those small-phone lovers.

According to a new leak from TechGoing, Asus is making another device with a 5.9-inch display, AMOLED panel with a hole-punch selfie camera and 120Hz refresh rate.

This power-heavy device will sport a Snapdragon 8+ Gen 1 processor, and a 4,300mAh battery alongside IP68 water resistance.

Camera-wise, the handset will sport a 50-megapixel primary shooter and is attached to a “gimbal module” for stabilization. There’s also a side-mounted fingerprint sensor in the power button, dual stereo speakers and even a headphone jack.

Asus is launching new accessories with the device, a kickstand case and a “Smart Backpack Mount,” which allows for hands-free recording and a tether attachment. There’s also a smart key to make scrolling through Instagram and TikTok easier.

It’s like Asus will officially reveal the device in late June. It’s unclear when the device would hit the Canadian market though. The ZenFone 8 never actually made it across the border.

While TechGoing isn’t all that well-known, I’d say this leak is pretty accurate considering the publication was able to post a full video of the device that Asus reportedly had taken down.