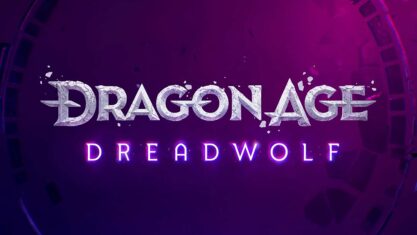 The next Dragon Age game will officially be titled Dragon Age: Dreadwolf.

Developer BioWare Edmonton confirmed the news in a blog post. The title refers to the character of Solas, an elven outlaw mage who was introduced in 2014’s Dragon Age: Inquisition.

BioWare teased his involvement in the game way back in 2018 when it teased the new Dragon Age with the hashtag “TheDreadWolfRises,” which refers to Solas’ nickname. However, BioWare says it’s not yet ready to show the antagonist in Dreadwolf.

On top of the title reveal, BioWare confirmed what many had expected: Dreadwolf will not release in 2022. A release window for Dreadwolf had never been specified, but the dripfeed of updates on the game had led to speculation that it was still a ways out.

That said, BioWare promises to share details “later this year.” Given the timing of this update — shortly before the start of the busy June gaming event period — it’s safe to assume that Dreadwolf won’t make an appearance at the likes of Summer Game Fest.

However, Gamescom’s ‘Opening Night Live’ showcase is in late August, while The Game Awards follow in December. In the past, Dragon Age updates have come at both these events, so it’s possible we might next see Dreadwolf at one of them.

In any event, there’s a lot of hype for Dreadwolf, which will be BioWare’s first new game since 2019’s Anthem. (Last year, it released the well-received remaster collection of its popular Mass Effect trilogy.) However, given the tepid response to both that game and 2017’s Mass Effect: Andromeda (developed by the now-defunct BioWare Montreal), all eyes are on Dreadwolf to mark a return to form for the beloved Canadian studio.