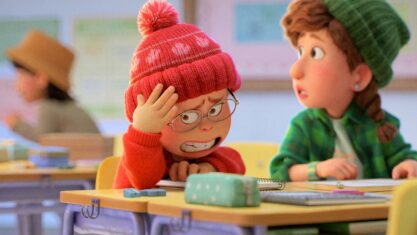 An updated definition of what constitutes “Canadian content” (CanCon) is on the way.

While attending the National Culture Summit in Ottawa, Pablo Rodriguez, Canada’s Heritage Minister, confirmed that he’s reviewing how a film or TV program should be considered a Canadian production. Speaking to The Canadian Press, Rodriguez said Canada needs to “modernize” the definition of CanCon.

It’s a discussion that relates to Bill C-11, also known as the “Online Streaming Act,” which would require streamers like Netflix and Disney+ to invest a certain amount into CanCon. The idea is that streamers, by virtue of being relatively new entities, have been avoiding requirements that traditional broadcasters have been subject to for years.

However, there’s been confusion over what, exactly, “CanCon” even means. For example, Disney+’s recently released Turning Red — which was directed and co-written by Toronto’s Domee Shi, is set in the city and features Canadian talent like Ottawa’s Sandra Oh) — doesn’t qualify. Even Amazon’s Toronto Maple Leafs documentary, All Or Nothing, which was narrated by Toronto’s Will Arnett and followed the hockey team as it played in the city, also wasn’t legally considered a Canadian production.

By contrast, a program titled “Gotta Love Trump” somehow constitutes Canadian content, despite it being made predominantly by Americans and focused on a former U.S. president.

It’s unclear exactly how much more specific Rodriguez intends for the definition to be, although he did tell The Canadian Press that he’s “open to all kinds of suggestions and ideas” on the matter.

The definition of CanCon, especially as it relates to streamers, is just one element of Bill C-11. As a whole, the bill aims to expand the Broadcasting Act that grants the Canadian Radio-television and Telecommunications Commission (CRTC) regulatory powers to cover all audiovisual content on the internet. This includes streamers, as well as platforms like YouTube, Spotify and TikTok, which would all be required to meet CanCon requirements.

That said, some content creators have expressed concerns that the algorithms that would be put in place through the bill would stifle creativity as they’re forced to comply with “outdated broadcasting standards and financial regulations.”

At this time, however, it’s unclear if and when the government may approve Bill C-11.

Via: The Canadian Press