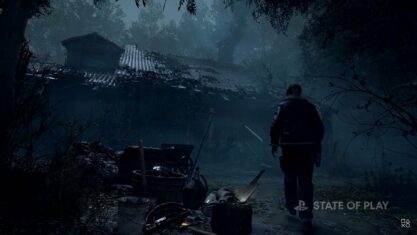 Interestingly, the trailer opened with a release date: March 23rd, 2023 on PS5. PS4 wasn’t mentioned, so it’s likely that this will be a current-gen only title.

The footage appeared to be running on the gorgeous RE Engine, which has powered the most recent Resident Evil games. In the footage, which features a decidedly darker tone, we see protagonist Leon S. Kennedy, as well as teases of various enemies, Ada Wong and Ashley Graham.

RE4 originally released on the GameCube in 2005 and has since been ported to all modern platforms. The game is widely considered to be one of the greatest ever made, making fans eager to see what it would like with the Resident Evil 2 remake treatment.

On top of the RE4 trailer, Capcom revealed that last year’s Resident Evil Village is coming to PlayStation VR2. A release date for the next-gen VR headset has not yet been confirmed.