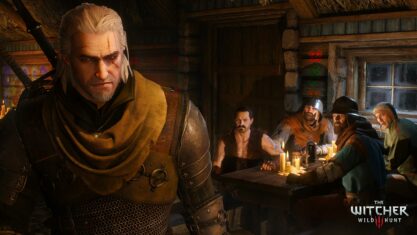 The Witcher 3: Wild Hunt studio CD Projekt Red has announced that it’s delaying the release of its next-gen version of the game. Rather than hitting its promised Q2 2022 window, the studio is postponing its launch until further notice.

Fans of The Witcher game series have been patiently waiting for the next-gen upgrades, improving the title’s loading and performance. Sabre Interactive, the studio behind Wild Hunt’s Nintendo Switch port was onboard to complete the update. However, it appears as though CD Projekt Red is now stepping in.

“We have decided to have our in-house development team conduct the remaining work on the next-gen version of The Witcher 3: Wild Hunt,” CD Projekt said in a tweet.

We have decided to have our in-house development team conduct the remaining work on the next-gen version of The Witcher 3: Wild Hunt. We are currently evaluating the scope of work to be done and thus have to postpone Q2 release until further notice. 1/2

The studio continued to state that it’s “currently evaluating the scope of work to be done.” Therefore, CD Projekt Red is avoiding any mention of a new release window. It’s unclear how far along the next-gen upgrade is nearing completion. Given the delay, it’s hard to theorize whether The Witcher 3: Wild Hunt next-gen update could be more imminent or further out.

This news comes at a time when CD Projekt Red’s woes surrounding Cyberpunk 2077 continue. Although the studio released its ‘Patch 1.5’ in February, there has not been any major traction on further support. Although the game now features next-gen upgrades, there’s still a lot of work to be done.

CD Projekt Red also recently revealed the next Witcher title is in development. Rather than develop the title with its in-house REDengine, the studio is switching to Unreal Engine 5. CD Projekt Red has been clear that the new game is not The Witcher 4 and is in fact the start of “a new saga.”