Much of the grocery focus over the past three years has been around online adoption, but as long as 90% of U.S. grocery sales still happen in stores, companies like Clerk want to bring some digitization to the brick-and-mortar grocery experience.

CEO Marlow Nickell founded Austin-based Clerk in 2016, and while he saw Amazon and Walmart plowing ahead in the marketing and product merchandising spaces, he saw a need from the rest of the space that didn’t have the capacity to innovate there.

The company created a digital advertising network called Grocery TV and provides screens, initially in the checkout aisle, for brands and retailers to leverage with the aim of improving the shopping experience.

Clerk took in $5 million in Series A funding two years ago, led by Silverton Partners, and since that time, grew its network size by 350%, going from 750 stores to now 2,700 stores. Next month, the company is planning for its largest install to date that will push it to over 3,000, Nickell told TechCrunch.

The company is now in all 50 states and has over 14,000 displays in retailers like ShopRite, Bashas’ and Cub Foods. It has partnerships with programmatic networks, including The Trade Desk and Yahoo DSP, to make it easier for agencies and brands like Chase and Anheuser-Busch to reach an audience of over 30 million grocery shoppers.

In addition, the company launched a SaaS merchandising product that uses machine learning to make sure products are in-stock and shelved correctly. One of its partnerships there is with Dotdash Meredith, announced in 2021, which uses Clerk’s technology to manage its publications in over 15,000 stores per quarter.

Clerk’s digital screens are not a new concept, in fact there have been a handful of companies over the past decade or so bringing digital signage into grocery aisles, mainly for in-store advertising. Those include NoviSign, ScreenCloud, Cooler Screens, EasyScreen and In-Store Broadcasting Network. You also might remember Premier Retail Networks as one of the pioneers in this space with its Checkout TV product that was in U.S. Walmart stores.

“We saw companies raise more, but struggle to get hardware out there,” he added. “Hardware is hard and if you don’t do it right, it can be expensive.” 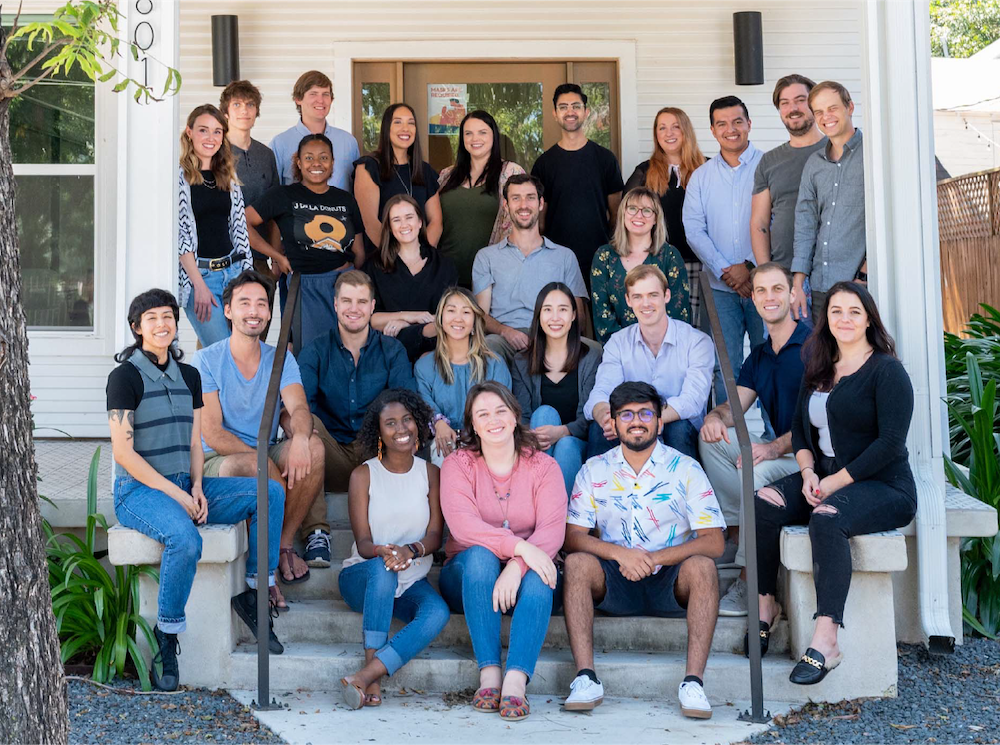 Where he believes Clerk is getting it right is by having a “First Principles approach,” which enables the company to offer a cheaper cost structure. The rise of social media is also making in-store retail advertising easier because more people are used to absorbing a lot of content.

However, there remains a delicate balance between throwing up screens and interfering with the customer experience. “You have to be thoughtful there because things will struggle to take off if it does, and grocery stores don’t want to mess with what they already have,” Nickell added.

Meanwhile, in addition to growth of stores and screens, Clerk also tripled its revenue in the past two years and became profitable last year. With an efficient business going, the company decided to invest in growth, raising $30 million in a Series B funding round led by Sageview Capital.

As part of the investment, Sageview partner Dean Nelson will join Clerk’s board of directors, while Sageview principal Roberto Avila will join as a board observer.

Whereas the Series A was scaling the market and team, the Series B is a pure growth round. Clerk has 30 employees and will be growing both the team, partnerships and store count over the next two to three years. In addition, the funding will go toward technology and product development, including new merchandising analytics.

“When we have the opportunity for growth, we want to take it,” Nickell said. “We will use this round to catapult us into the market. Something that is unique about this space is that grocery stores want to know you are going to stick around, so to be a successful technology company in the space, you have to be building a lasting company and one that will be a tech partner for the future.”