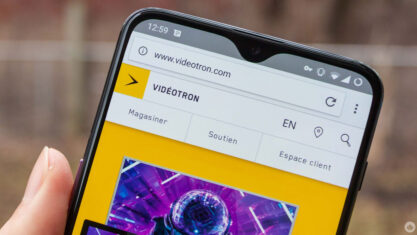 Vidéotron launched the platform featuring lifestyle and reality content in August 2021. Initially only available to Vidéotron customers, it expanded to online direct-to-consumer (DTC) service in September 2021 and was available through the internet.

BCE filed a complaint in November 2021, alleging Vidéotron violated section 12 of the exemption order for video-on-demand undertakings (HVOD). The section states exclusive programming under HVOD services must also be available through the internet. BCE also said the company violated section 9 of the Broadcasting Distribution Regulations, which deals with “undue preference and disadvantage.”

BCE argued the service costs Canadians $15 if they purchase it online (through DTC), compared to $7 if purchased through Helix, a Vidéotron subscription service. They further alleged DTC subscribers can only access content one device at a time and are automatically directed to Vidéotron’s website and promotional offers, which isn’t true for Helif customers.

“According to BCE, by implementing a lower quality offering for consumers that are not subscribed to Helix and directing them to promotional offers for their products, Vidéotron intends to maintain de facto exclusivity for its BDUs and to use the Vrai service to increase the number of subscriptions to its BDUs,” the CRTC states in its findings. “BCE argued that Vidéotron is attempting to create a competitive advantage for its own BDUs.”

Vidéotron’s parent company Québecor argued customers could access Vrai through QUB, a platform with all their content, and people don’t have to subscribe to other services to access it. Speaking about the price difference, Québecor said. “BCE is not citing any specific regulatory provision and that BCE itself offers its Crave service at various prices.”

“The Commission finds that Videotron did not contravene sections…of the HVOD exemption order or section 9 or the Broadcasting Distribution Regulations.”