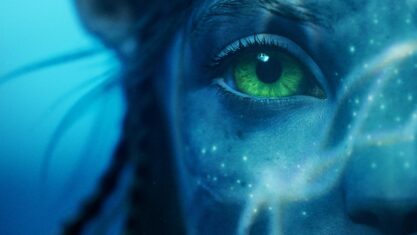 The first official trailer for the long-awaited Avatar sequel, Avatar: The Way of Water, has been released online.

The trailer for The Way of Water made its debut over the weekend in theatres exclusively with screenings of fellow Disney film Doctor Strange in the Multiverse of Madness, but now, it’s being made available on the web for everyone.

Admittedly, the trailer features a lot of miscellaneous shots without much dialogue, so you may not glean too much about the actual story of the film. In any event, here’s the official synopsis, for reference:

“Set more than a decade after the events of the first film, “Avatar: The Way of Water” begins to tell the story of the Sully family (Jake, Neytiri, and their kids), the trouble that follows them, the lengths they go to keep each other safe, the battles they fight to stay alive, and the tragedies they endure.”

Canada’s own James Cameron has returned to direct and co-write The Way of Water, and it’s the first of four sequels he’s currently working on. The Way of Water will hit theatres this December, with its three untitled sequels dropping in December 2024, December 2026 and December 2028, respectively.

Cameron’s original Avatar opened in theatres way back in December 2009. The film is streaming on Disney+ in Canada.