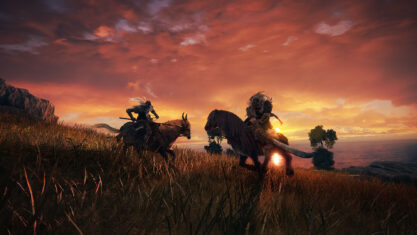 News of the hack comes via a tweet from ‘vx-underground’ (seen below), a group that monitors malware on the internet. Bandai Namco has confirmed the hack and says that it’s still investigating the extent of the damage, including if customer info leaked.

Below is Bandai Namco’s full statement regarding the ransomware attack:

“On 3rd July, 2022, Bandai Namco Holdings Inc. confirmed that it experienced an unauthorized access by third party to the internal systems of several Group companies in Asian regions (excluding Japan),” the publisher told Eurogamer in a statement. It continued:

After we confirmed the unauthorised access, we have taken measures such as blocking access to the servers to prevent the damage from spreading. In addition, there is a possibility that customer information related to the Toys and Hobby Business in Asian regions (excluding Japan) was included in the servers and PCs, and we are currently identifying the status about existence of leakage, scope of the damage, and investigating the cause.

We will continue to investigate the cause of this incident and will disclose the investigation results as appropriate. We will also work with external organizations to strengthen security throughout the Group and take measures to prevent recurrence.

We offer our sincerest apologies to everyone involved for any complications or concerns caused by this incident.”

BlackCat is best known for being involved in the Colonial Pipeline hack, but the group has also targeted school districts and other public institutions.