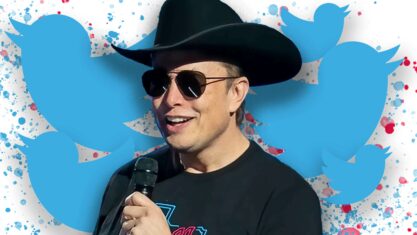 Twitter’s new CEO Parag Agrawal might be in danger of losing his job, at least temporarily.

According to a CNBC News report, after Tesla and SpaceX CEO Elon Musk’s Twitter acquisition officially goes through, he’ll become the social media platform’s temporary CEO. The information comes from an unnamed source that is familiar with the matter, said CNBC News.

For those who don’t know, Agrawal was named CEO of Twitter in November of last year, when former CEO Jack Dorsey announced his resignation. Just over six months in, he is already in danger of losing his position. The report also suggests that Musk is in talks with Dorsey about him making a comeback.

On the other hand, a Reuters report from last week suggests that Musk has a new CEO lined up to take over Twitter.

Great to connect with you my "new" friend @elonmusk🤝🏻

I believe you will be an excellent leader for @Twitter to propel & maximise its great potential@Kingdom_KHC & I look forward to roll our ~$1.9bn in the “new” @Twitter and join you on this exciting journey

While there’s a lot of uncertainty about the takeover, and no statements from Agrawal yet, Saudi Prince Alwaleed bin Talal, who also is a major investor in Twitter, believes that Musk will be an “excellent leader” for the social media platform. Considering Musk’s experience running other companies, there’s a possibility the prince might be right.

On the contrary, Musk’s yet-to-complete takeover has already frustrated some, so much so that people are leaving the social media platform. Since the news about Musk’s acquisition came out, popular left-wing figures have experienced a relentless drop in followers, including former President Barack Obama, the most followed user on Twitter, who has lost more than 300,000 followers in the recent week. If Musk was to take on the role of CEO, I would imagine that more people would leave the platform.

In other Twitter and Musk-related news, the world’s richest man reportedly plans to cut jobs and costs once the acquisition of Twitter is complete.