Ethics Commissioner to investigate allegations made against CRTC chair 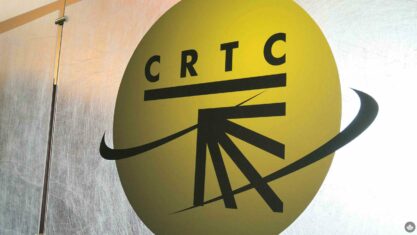 TekSavvy filed the disclosure with the Integrity Commissioner on March 1st. It states Scott held various meetings with litigants. This included 11 with Bell, Rogers or Shaw, while a file on wholesale internet rates was open and active.

“…Since your allegation with regard to Mr. Scott’s ex parte meetings may concern a possible breach of the Conflict of Interest Act, I must refer your disclosure to the Office of the CIEC,” the Integrity Commissioner told TekSavvy, according to a press release.

The CIEC will prepare a report for the Prime Minister outlining the allegations, their analysis, and conclusions.

TekSavvy’s main point of contention is a meeting Scott had with Bell CEO Mirko Bibic at an Ottawa bar in December 2019. The meeting took place after the CRTC released a decision saying telecom companies should lower wholesale internet rates. Bell was among the telecom giants who filed an application to reverse the ruling. The meeting between Scott and Bibic took place a week after Bell filed the application. The CRTC soon reversed its original decision.

The news from the CIEC comes after the Information Commissioner said the CRTC broke disclosure rules. The ruling results from three access to information requests TekSavvy filed asking for details on meetings Scott held with lobbyists and executives from Bell, Shaw, and Telus.