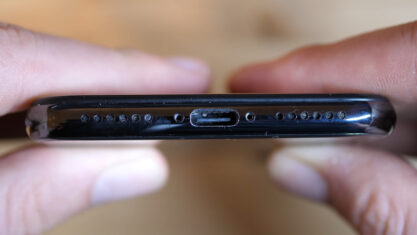 The European Union’s bid to require all gadget manufacturers to use a USB-C charging port in their smartphones, tablets, headphones and other gadgets might soon become a reality.

According to a Reuters report, an EU panel backed the proposal today at the European Parliament’s internal market and consumer protection committee, which would take the proposal to an assembly vote next month. The

The committee wants all mobile phones, tablets, headphones, e-readers, low-powered laptops, keyboards, computer mice, earphones, smartwatches, and electronic toys to integrate the USB Type-C connector in future devices. However, some of the devices in the list, like health trackers, watches, and others with a small form factor, might be exempted.

“With half a billion chargers for portable devices shipped in Europe each year, generating 11,000 to 13,000 tonnes of e-waste, a single charger for mobile phones and other small and medium electronic devices would benefit everyone. It will help the environment, further help the re-use of old electronics, save money, and reduce unnecessary costs and inconvenience for both businesses and consumers,” said Alex Agius Saliba, member of the Progressive Alliance of Socialists and Democrats in the European Parliament.

On the other hand, thousands of old chargers, that would be rendered useless for new devices would also end up as e-waste. The same was echoed by Apple, according to Reuters. Apple says the proposal would hurt innovation and create a mountain of waste if consumers were forced to switch to new chargers.

If the parliament as a whole approves the proposal during May’s assembly vote, members of parliament would then start talks with the EU governments on finalizing the legislation.