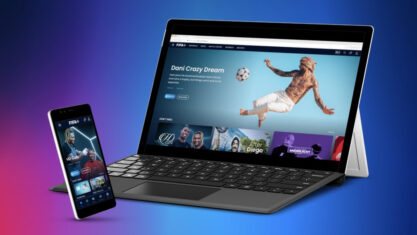 Fédération Internationale de Football Association (FIFA) announced that it is launching a new digital platform that soccer fans can access around the globe for free.

The new platform, which aims to provide everything soccer, is being called FIFA+ and will give fans access to live games, soccer news, more than 2,000 hours of archival content including documentaries, docuseries and talk shows, and more as part of FIFA+ Originals.

Watch or stream for free thousands of live matches per month, stories from your favourite footballers, and the biggest archive of World Cup matches 👉 https://t.co/EO11dasOum pic.twitter.com/h4vm0z3PqJ

“FIFA+ represents the next step in our vision to make football truly global and inclusive, and it underpins FIFA’s core mission of expanding and developing football globally,” said FIFA President Gianni Infantino in a press statement. “This project represents a cultural shift in the way different types of football fans want to connect with and explore the global game and has been a fundamental part of my Vision 2020-2023. It will accelerate the democratisation of football and we are delighted to share it with fans.”

There also seems to be no subscription option for the platform, so users will likely have to put up with ads in exchange for a free-to-use digital platform.

According to the federation, by the end of 2022, the FIFA+ app will be the go-to hub to stream over 40,000 live games per year from over 100 member associations across all six confederations, including 11,000 women’s matches. As of launch, 1,400 matches will be live-streamed on FIFA+ monthly, with the number set to go up as time passes.

Additionally, the platform will also be host to every FIFA World Cup and FIFA Women’s World Cup game ever recorded, totalling over 2,000 hours of archival games, all available on one platform for free. “The FIFA+ Archive will launch with more than 2,500 videos dating back to the 1950s, with many more to come throughout the year,” reads FIFA’s news release about the platform.

A growing list of FIFA Originals will also continue to hit the platform over the year, with some documentaries and docuseries, including Ronaldinho: The Happiest Man in the World, Dani Crazy Dream, Icons and Golden Boot, already available to stream on the platform.

FIFA+ is available on the web, Android and iOS for free. Upon launch, the platform has soccer content available in English, French, German, Portuguese, and Spanish, with support for six additional languages coming in June.