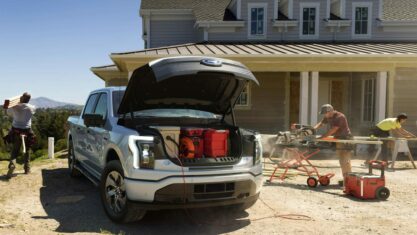 Production of the Ford F-150 Lightning electric truck is in full swing at the Rouge Electric Vehicle Center in Dearborn, Michigan, but Ford seems to have its attention on a new electric truck.

Announced by Ford CEO Jim Farley earlier today at an event to celebrate the F-150 Lightning’s production, the new truck will be built at Ford’s new BlueOval City manufacturing complex in Stanton, Tennessee.

Not much else was revealed about the new truck.