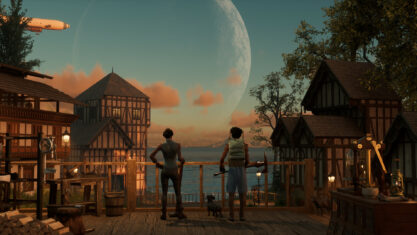 A new trailer for the Canadian-made game Nightingale was revealed at Summer Game Fest 2022.

Notably, the game is set in a Victorian fantasy world of Nightingale, which gives it a visually distinct look. In Nightingale, you’ll be able to play alone or with other people as you gather materials, craft new items and face off against all kinds of twisted creatures.

The trailer showcases some crafting gameplay, with the character harvesting resources with an axe, as well as fighting against spiders and other beasts with shotguns, crossbows and more.

Check out the gameplay trailer for yourself:

A release date for Nightingale hasn’t yet been confirmed, but you can sign up for updates on the game via its website.