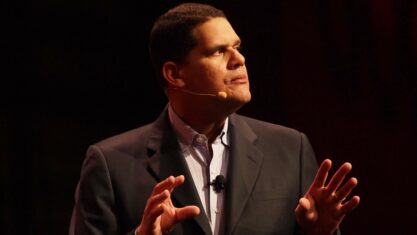 “My name is Reggie. I’m about kickin’ ass, I’m about takin’ names, and we’re about makin’ games.”

Reggie Fils-Aimé introduced himself to the world in a big way during Nintendo’s E3 2004 conference, and he’s become a legend in the industry ever since. In his 15 years at the Japanese gaming giant, many of which he served as president and CEO of Nintendo of America, Fils-Aimé helped revitalize Nintendo’s image and oversee such massively successful products as the Wii and Switch.

It’s a storied career for the retired executive, and he’s now opening up about it in a new book called Disrupting the Game.

Look at that! #1 Bestseller (in Entertainment Industry)! Thank you for the support!#DisruptingTheGame pic.twitter.com/pTIMkNaOpH

Admittedly, I’m someone who’s fallen off reading in recent years to focus on other art forms, like gaming and film. That said, I’ve really been enjoying Disrupting the Game. Fils-Aimé’s experience already speaks for itself, and he proves himself to be an exceptionally engaging author. That’s because he frames his stories in a rather captivating way.

Essentially, each chapter focuses on a different period in his career, with many interesting anecdotes sprinkled throughout. He’ll then cap these off with “So What” sections, wherein he’ll tie them into broader philosophies surrounding leadership and other interpersonal skills. As a result, you’ll get a lot out of the book — either as someone who wants to hear about some of Nintendo’s internal discussions surrounding its famous products, or as someone who’s looking to gain insight from a savvy businessman. Of course, Fils-Aimé has also had success in key sales and marketing roles at other companies, like Procter & Gamble, VH1 and Pizza Hut, which he gets into in equally worthy sections of the book. (A particular highlight is how Fils-Aimé worked around asparagus shortages during his tenure at Panda Express.)

“Fils-Aimé also dives into a key aspect of himself that he rarely discussed publicly while at Nintendo: his background.”

But above all else, Disrupting the Game is a fascinating look into the man that many gamers have affectionately dubbed “The Regginator” for so many years. The book opens with Fils-Aimé recounting the last time he saw Satoru Iwata, the late Nintendo president and CEO, and his subsequent emotional return to Japan for his funeral. This section touches on everything from how he considered his boss a friend and took selfies with his daughter to the friendly-but-firm debate he had with him regarding the marketing strategy for the Wii, and it’s extremely compelling stuff.

I’ve often spoken about how gaming companies are notoriously secretive, so it’s refreshing to learn a bit more about some of the industry’s biggest figures. (The book doesn’t get into it, but to give you an idea of Fils-Aimé and Iwata’s fun rapport, look no further than their “battle” in one of Nintendo’s coolest trailers ever, the reveal of the Mii Fighter for Super Smash Bros. for Nintendo 3DS and Wii U). 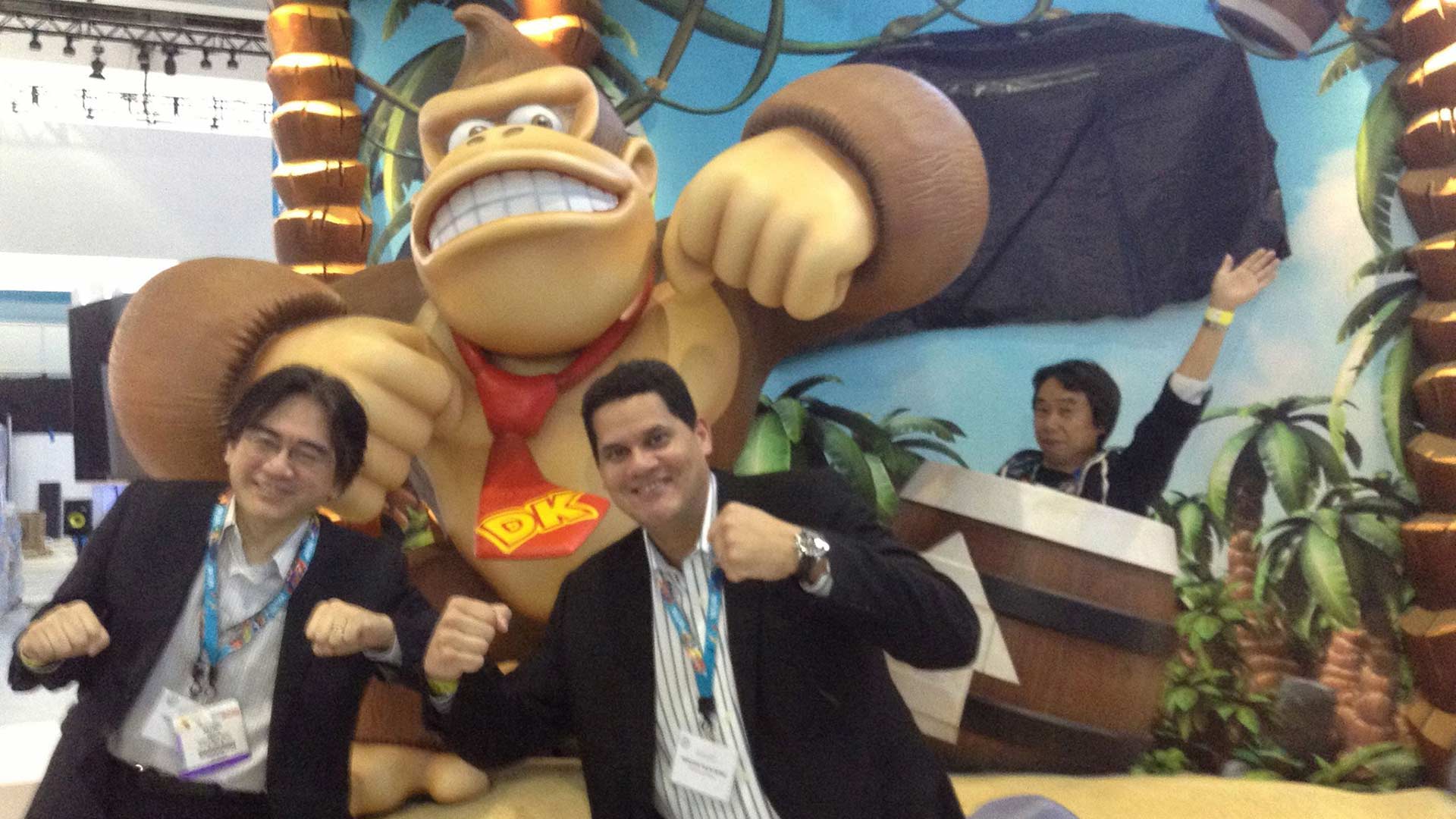 In Disrupting the Game, Fils-Aimé also dives into a key aspect of himself that he rarely discussed publicly while at Nintendo: his background. As he explains in the book, he was born to Haitian immigrants in the Bronx, where “we were the only Black people for blocks.” His early years of having to navigate racial and cultural differences would play a key role in later jobs, particularly in a Japanese gaming giant like Nintendo. In this way, you get a better idea of his state of mind at notable points throughout his career, like preparing for how he would likely be the only Black man at Iwata’s funeral or how he had to convince a hospital-ridden Iwata that he was visiting him not as a business associate — “this just isn’t done in Japan,” the late executive said — but as a friend.

To say more would give away some of the wonderful stories and rich lessons that Fils-Aimé provides in his book. Suffice it to say, though, that it’s a really good read — not just for fellow video game fanatics, but those with an interest in business, as well.

Disrupting the Game is now available for $34.99 from Amazon, Indigo, various independent book stores and more.

Tesla increases the prices of Model 3, Model S, and Model X in Canada