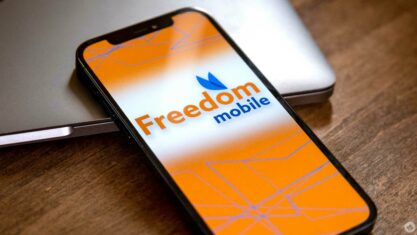 Shaw’s Freedom Mobile also appears to be having issues, although it’s not clear if the problem is connected to the ongoing Rogers outage.

The provider’s support Twitter account replied to a user saying it was “experiencing an outage in Southern Ontario” and that it was working on a fix. Other reports indicate the Freedom network is down in Quebec too.

Hey there! We are currently experiencing an outage in Southern Ontario and are working hard towards a resolution. If you send me a DM I’d be happy to confirm that this is the issue. We apologize for any inconvenience caused. -T.L

MobileSyrup has reached out to Freedom Mobile for clarification about the ongoing issues and will update this piece with further details.

Ookla’s Downdetector.ca also shows a spike in issues, with the outage map highlighting parts of Ontario, Alberta, and B.C.

Overall, it seems like most Canadians are experiencing at least some level of communications disruption today. Rogers’ outage has had a huge impact nationwide, and Bell and Telus have tweeted that their customers aren’t affected (although customers say otherwise).