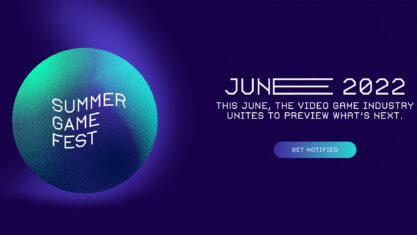 Though the event has already overshadowed the now-cancelled Electronic Entertainment Expo (E3) in some ways for the past few years, Summer Game Fest is now poised to act as a replacement for E3 in some ways. The “live cross-industry showcase” is expected to feature several notable game reveals, and is once again tied to a separate ‘Day of the Devs’ indie game-focused event.

We Have A Date!

In a recent tweet, Keighley confirmed that both the Summer Game Fest and The Game Awards will stream at select IMAX theatres in the U.S., Canada and the United Kingdom.

Get ready!!@IMAX is teaming us with us for #SummerGameFest on June 9 and @TheGameAwards in December!

That’s right: Watch all the reveals, surprises and announcements with your friends in select IMAX theaters for full-scale immersion 🙂

This is going to be cool! IMAX LIVE! pic.twitter.com/dvQPIgqF09

Summer Game Fest won’t be the only gaming event in June. Microsoft recently announced its Xbox and Bethesda Showcase is set for June 12th at 1pm ET/10am PT.