God of War: Ragnarok could release in November: report 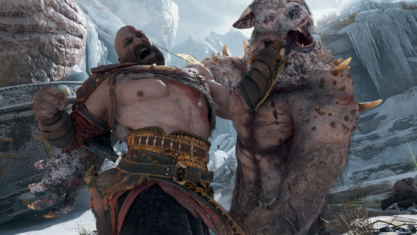 During Sony’s PlayStation Showcase event in 2021,  Santa Monica Studio gave us our first real look at God of War: Ragnarok. Now, after roughly nine months, a Bloomberg report suggests that the long-awaited sequel to 2018’s God of War will see an official release in November.

The title, which up until recently was rumoured to have been delayed to 2023, will release in November, and an exact date will be announced this month, says the report. Bloomberg, via information received from inside sources, suggests that the game was originally scheduled for release in September but was pushed back to November, likely due to complications of producing a big-budget title in a pandemic environment.

Despite widespread rumors, Sony's God of War Ragnarok was not delayed to 2023, according to people familiar with the project. Video game development is turbulent and the game could very well slip again, but as of this week, it's planned for November https://t.co/q0ppGquJng

God of War: Ragnarok could still be delayed due to unforeseen circumstances, according to the publication, though it almost certainly is on schedule for a November release.

God of War: Ragnarok is the sequel to the 2018-released God of War that saw Kratos transition to a caring father and a wise fighter who only kills those who threaten him or stand in his way. Ragnarök doesn’t pick up where its prequel left off, however. The trailer suggests that the event of Ragnarök take place a few years after its prequel, and from what we know so far, Thor will be the main antagonist in the title.