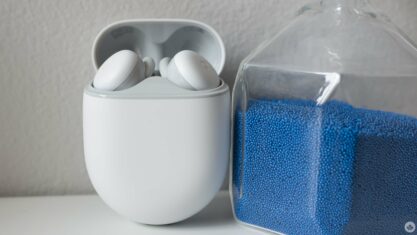 Google’s Pixel Buds might get a successor in the near future.

According to leaker Jon Prosser, the Pixel Buds Pro are coming soon. The leaker says that the earbuds will launch in ‘Real Red,’ ‘Carbon,’ ‘Limoncello,’ and ‘Fog’ colours.

It’s possible that we might see the buds at Google I/O or sometime soon afterwards.

However, it’s worth noting that Prosser’s track record isn’t exactly the most sound. That said, he leaked the Pixel 6 series months before its official unveiling, so this latest rumour could be accurate.

Only time will tell, but until the official unveiling, it’s probably best to approach this rumour with an air of skepticism.