Google’s ‘Material You’ design language could come to Chrome OS 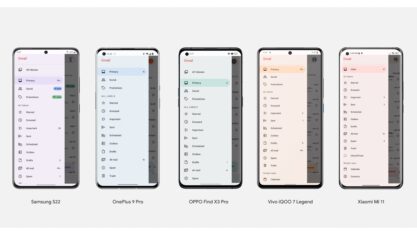 Google’s new design language known as ‘Material You’ appears to be coming to Chrome OS.

‘Material You’ will likely make its way to Chome OS following its introduction alongside Android 12 back in 2021. The change, which was first spotted in a Chromium Gerrit by 9to5Google, notes a flag that says, “When enabled, runs ChromeOS in Material Next MVP mode.”

The codename “Material Next MVP” seems to be an internal Google reference to ‘Material You.’ Further, ‘MVP’ is the term used by developers for “minimum viable product.”

‘Material You’ will likely enable anyone using Chrome OS to customize the colour schemes used in app wallpapers.

In addition, colour is referenced in the discussion on the Chromium Gerrit, describing options regarding how hues can be changed. However, it looks like the wallpaper will not determine the colours and that instead, you’ll select them through a mixer.

As always, this isn’t confirmation Google will add ‘Material You’ to Chrome OS, though it looks that’s likely the case.