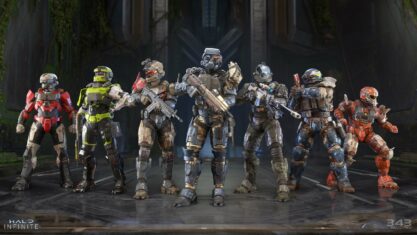 As of 2pm ET/11am PT, Halo Infinite Season 2 Lonewolves is live in Canada. Lonewolves includes the return of classic game modes like ‘King of the Hill’ and the small-scale, battle royale-like ‘Last Spartan Standing.’

Finally, Season 2 offers quality of life improvements to overall gameplay, and ranked multiplayer has been reset.

Those hoping for campaign co-op will need to wait until August for the update to arrive. Further, Forge, Infinite‘s custom map maker, won’t launch in open beta won’t until September 2022.

If Halo Infinite’s Season 2 update doesn’t install automatically, be sure to push it through manually (I needed to do this on the Xbox Series X).

For everything coming to Season 2 so far, check out 343 Industries’ latest blog post.