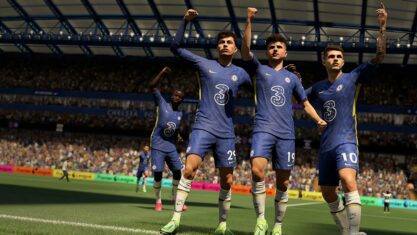 Every month, Sony offers a few PlayStation games at no additional cost to those subscribed to its PlayStation Plus service.

Now, the company has unveiled the three games hitting PS Plus in May.

Notably, this month’s lineup is led by EA Vancouver’s latest soccer sim, FIFA 22. The PS4 version is also free with PS Plus. Also free on both PS4 and PS5 is Montreal-based Norsfell’s Tribes of Midgard, a survival action-RPG that can be played solo or online, and Passtech’s single-player PS4 roguelike Curse of the Dead Gods.

These games will be available through PS Plus from May 3rd to June 6th. April’s free PS Plus games, meanwhile, can be claimed until May 2nd.

A PlayStation Plus subscription costs $11.99/month, $29.99/three months or $69.99/year. Those are the current membership options, though; Sony’s expanded PlayStation Plus service launches in Canada on June 13th. Two additional, more expensive tiers will be added then to offer more games and other perks — read more on those here.

Koodo increases cost of its U.S and international roaming plans