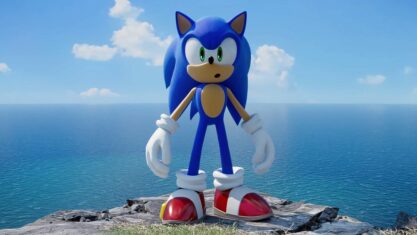 After Sega released more than 30 seconds of Sonic Frontiers open-world gameplay, there is now roughly seven minutes of gameplay through IGN.

The extended demo was provided on June 1st, showing super clear and crisp graphics within its opening clip. Running through a vast and expanded map, you can see Sonic staples on any ramp or boost in the game.

Let us not forget the Sonic franchise’s famous ground boost, bumpers and rails. From different aerial moves to boosts, Sonic Frontiers enables you to reach different towers and complete challenges from them.

However, despite seeing a lot from the extended gameplay, the map isn’t visible and it does not show any missions within the game. A release date is currently unknown.

For now, check out the trailer for Sonic Frontiers for more information on the game.