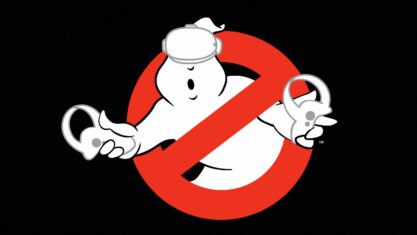 Meta’s Quest Gaming Showcase took place earlier today, and while the company didn’t announce a new virtual reality (VR) headset like some rumours indicated, it didn’t disappoint thanks to a wide range of new game announcements and updates.

The event was primarily hosted by AR/VR executive producer Ruth Bram, though Meta CEO Mark Zuckerberg came out to conclude the show, revealing a new home environment for the Quest, along with a four-player co-op Ghostbusters VR game.

Check out everything announced at the 2022 Meta Quest Gaming Showcase below:

Expected to release later this year, the game is a sequel to the 2020-released The Walking Dead: Saints & Sinners and will bring players back to the streets of New Orleans with “fewer resources, more walkers, and a new and bloodthirsty threat that will hunt you across the city.

NFL Pro Era will be the first VR football title to be released that is licensed by the NFL when it releases later this fall.

The game’s trailer shows the StatusPro-developed first-person perspective game in action which will feature all 32 NFL teams, wherein you can fight to lead your team to the SuperBowl, participate in drills and play virtual catch with your friends in any NFL stadium. The trailer looks amazing according to it, the title uses “NFL game data to create the most authentic on-the-field NFL VR experience to-date.”

It feels like the Among Us craze has long left the building, but that isn’t stopping InnerSloth, Robot Teddy, and Schell Games from building. Among Us’ VR rendition is coming by the end of 2022.

In addition to Among Us, Meta Studios is working with Schell Games to develop three separate VR titles for the Meta Quest over the next two years. No information about these titles was provided.

Moss: Book II was released on the PSVR on March 31st and is set to arrive on the Meta Quest 2 in the summer of 2022. According to Meta, the game will follow the story from the first Moss game where you step in the shoes of Quill the mouse to “end the merciless rule of the Arcane and save the world from a great unmaking.”

Espire 2 is the sequel to the 2019-release hit VR game Espire 1 where your mission will be to “locate and stop the launch of an untraceable, supersonic missile” and save the world from annihilation. In addition, the sequel will feature an entirely separate co-op campaign set in locations from Espire 1.

RuinsMagus is a VR action RPG that will take gamers to a “hidden subterranean realm in search of precious and powerful artifacts” underneath the streets and alleyways of Grand Amnis. RuinMagus will feature 26 fully-voiced quests featuring voice actors Naomi Ohzora, Ai Maeda, and Eiji Takemoto.

The title is scheduled to release later this year.

Cities: VR is a city simulation game inspired by Paradox’s Cities: Skylines, with its own unique aspects where you get to design buildings, lay out roads, and design the city of your dreams (or your nightmares).

According to Meta, the title will give you a “newfound appreciation (unique to VR) of the scale and scenery of the cities you’re designing.”

Resident Evil 4’s wave-based game mode — The Mercenaries is available for absolutely free starting today to those who own the title. It’s a timed-based challenge mode in which your goal is to survive as long as possible while killing as many Ganados as possible.

The game mode features exclusive online leaderboards and 20 new challenges, completing which would unlock extra modes like the Big Head Mode and a black-and-white Classic Horror Mode along with exclusive weapon skins.

Beat Games released a new Electronic Mixtape DLC for Beat Saber with new tunes by artists like Deadmau5, Marsmello, Pendulum, and others. While a release date for the new mixtape hasn’t been released, its trailer does say “coming soon.”

The new Beat Saber Mixtape DLC will be available for $12.99 USD (roughly $16.20 CAD) on Quest platforms, Steam, and PlayStation VR.

Stress Level Zero’s fourth project — Bonelab is directly inspired by the developer’s Boneworks with better weapon handling, maneuverability, new maps, avatars and weapons. According to Meta, Bonelab will be “one of the most realistic and immersive VR games to-date,” and that is evident from looking at the short trailer. The title will also feature mod support, allowing you to bring in your own maps and weapons to the game.

Bonelabs is set to release later this year.

Undoubtedly the most surprising announcement from the Meta Quest Gaming Showcase, Ghostbusters is coming to the Quest 2. In-development under Sony Pictures Virtual Reality and nGames, the game takes you to your new San Francisco Headquarter where “you’ll track, blast, and trap ghosts while trying to unravel a mystery that threatens the entire city — or maybe the world,” with co-op support for up to four people.

A tentative release timeframe for the game was not revealed.