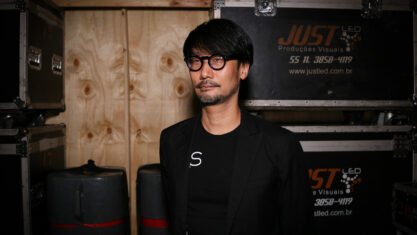 Shortly after former Japanese Prime Minister Shinzo Abe was assassinated on Friday, July 8th, trolls on 4Chan shared an image of Kojima Productions’ Hideo Kojima , linking his face with that of the shooter.

One user replied to the thread with photos of Kojima in a Soviet cap, while another user shared a photo of him with Argentine Marxist revolutionary Ernesto “Che” Guevara.

The real shooter was captured and identified as 41-year-old Tetsuya Yamagami. Kojima, of course, is best known as the creator of Metal Gear  and  Death Stranding.

#KojimaProductions strongly condemns the spread of fake news and rumors that convey false information. We do not tolerate such libel and will consider taking legal action in some cases. pic.twitter.com/fDi0FR9kB0

In a tweet following the event, Kojima Productions said that it “strongly condemns the spread of fake news and rumors that convey false information,” and will consider taking legal action.

The images and the misinformation then spread like wildfire. According to The Verge , Damien Rieu, a far-right politician from France, in an attempt to push his agenda tweeted the images of Kojima with a caption that roughly translates to “The far-left kills.” Iranian and Greek news outlets also picked up the images and shared them alongside their coverage of the assassination.

The mistakes have since been rectified. According to The Verge , the Greek news outlet has taken its broadcast down, whereas the Iranian newspaper changed the image. Rieu also apologized in a follow-up tweet, where he said that he “naively took a joke for information.”