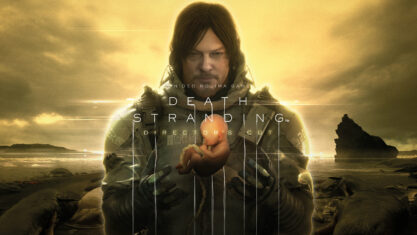 On Twitter Kojima posted a new banner image from PlayStation Studios. With no additional content, the image shows a number of first-party PlayStation games like God of War, Returnal, and The Last of Us Part 2. Additionally, the photo includes Sam Porter Bridges from Death Stranding. The internet quickly took this as a not-so-subtle indication that Kojima Productions was joining PlayStation Studios.

Kojima quickly followed up after the initial tweet gained some notable steam. “I’m sorry for the misunderstanding,” Kojima wrote. “Kojima Productions has been and will continue to be an independent studio.”

I'm sorry for the misunderstanding, but KOJIMA PRODUCTIONS has been and will continue to be an independent studio. https://t.co/2M0n4ogRaa

The knee-jerk reaction to seeing Death Stranding alongside first-party games could understandably inspire the notion of an acquisition. However, it’s likely Sony includes the game on the banner given the publishing rights Sony has. Plus, its relationship with Kojima Productions only strengthens that thought. Death Stranding utilizes Decima Engine, made by first-party studio Guerilla Games.

The internet is on its toes as 2022 has been shaping up to be the year of acquisitions. Sony has purchased a number of studios recently. This includes Destiny developer Bungie as well as Canadian dev team Haven Studios, with Jade Raymond at the helm. Housemarque and Bluepoint Studios have also served as recent acquisitions for the company as Sony expands its first-party teams.

For now, it appears as though Kojima Productions will remain developing games independently. There’s currently no word on what the next project will be. Though VentureBeat‘s Jeff Grubb has mentioned that Kojima is working closely with Microsoft on a cloud-based game of sorts. Microsoft’s cloud gaming initiative is said to aid the development.