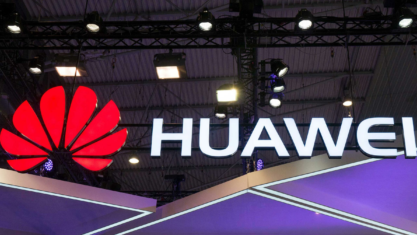 Huawei has announced several inventions as part of its biennial “Top Ten Inventions” awards at its Shenzhen headquarters.

According to a press release from the company, the award recognizes inventions that could create new series of products and become important commercial features for devices already on the market or generate considerable value for the company and industry.

Huawei won the award for inventions such as “an adder neural network that significantly reduces power consumption” and an “optical iris that provides a unique identifier for optical fibres.” The optical iris is designed to help carriers manage their network resources, therefore, cutting time and costs with broadband deployment.

Huawei now owns the patents for these two technologies, which it believes are critical to the tech ecosystem.

By the end of 2021, Huawei held more than 110,000 active patents across over 45,000 patent families. It has more patents than any other Chinese company and has filed the most patent applications with the Euopean Union (EU) Patent Office, and is fifth on the list for the United States Patent Office.

“In the past five years, more than two billion smartphones have been licensed to Huawei’s 4G/5G patents. And for cars, about eight million connected vehicles licensed to Huawei patents are being delivered to the consumers every year,” said Alan Fan, head of Huawei’s IPR department, in a statement. Additionally, Fan noted that Huawei’s patents have seen wide recognition across the industry, especially in cellular technology, Wi-Fi and audio/video codecs.

It’s worth noting that Canada banned Huawei and ZTE from its 5G network, so its patents can’t be used here.

And though Huawei has been blocked from U.S. technologies like Google’s Android operating system, phones with Android 13 will use a Read-Only File System (EROFS) created by Huawei engineer Xiang Gao.

Huawei says that it invests 10 percent of its sales revenue into research and development every year.