Incident.io looks to beef up its Slack-based incident response platform with $28.7M in fresh cash

There might be something to Whitworth’s argument. According to a 2016 survey by Everbridge, nearly a half of companies said that their incident response processes relies on manually calling and reaching out to people. Only 11% reported using an IT alerting tool, lengthening the time to assemble a response team to half an hour on average.

“[I’ve had years of] experience handling incidents for complex and critical systems in multi-billion dollar companies,” Whitworth told TechCrunch in an email interview, “[and I’ve] witnessed the impact incidents can have on organisations: both positive when done right and negative for the vast majority. Nobody offered a solution to help them turn failure into a positive; both by speeding up response times to recover faster, but also in learning and becoming more resilient in future.”

While at Mozno, Evans had built open source tooling to help incidents run through resolution pipelines more efficiently, which sparked the idea for Incident.io. “We noticed that other companies were either struggling with manual process, or investing precious engineering time repeatedly building the same thing, and spotted an opportunity to provide something customers could buy ‘off the shelf,’” Whitworth said. 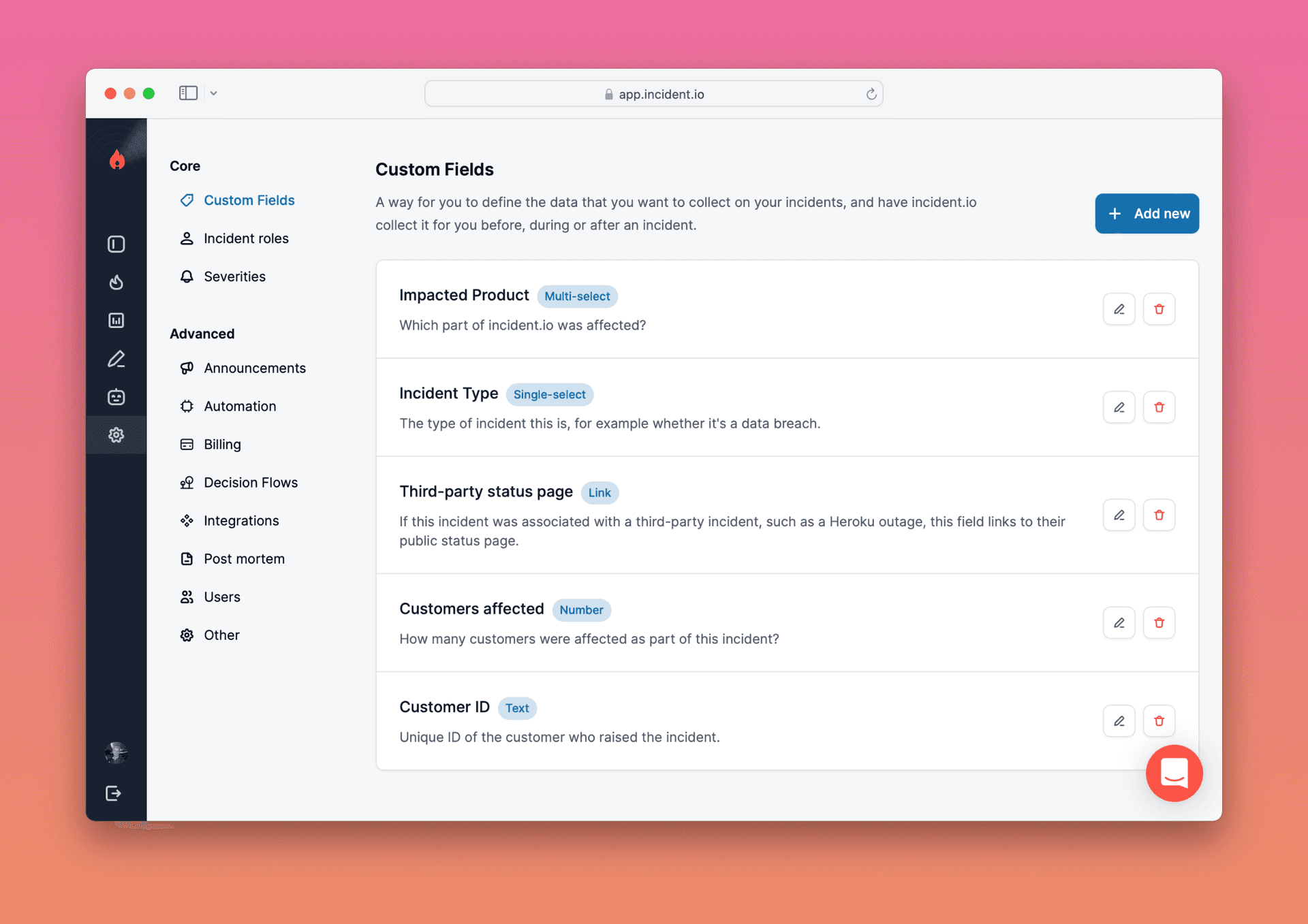 With Incident.io, everything happens in Slack. Incidents are announced in a channel and trigger workflows that update throughout the mitigation and resolution process. Team members can share updates, set links, and update status pages from the channel, as well as assign roles and call in specialists via external tools like PagerDuty. New people who join the channel get a summary post and Zoom link, plus a button to subscribe to developments as they happen.

“The accelerated move to remote working caused by the pandemic is an accelerant to our business: many people don’t sit in the same room together anymore, which makes coordination and communication during an incident harder,” Whitworth said. “”With more folks declaring more incidents, senior executives gain insight into every corner of the organisation. They can see where reactive effort is being spent and where the risks lie.”

Incident.io also lets users pin important changes to the channel timeline. Post-resolution, the platform generates incident post-mortems — annotated with notes and tags — that can be exported to Jira in the form of follow-up actions.

“The larger the organization, the more opportunity there is for things to go wrong, whether that’s with technical systems, people, or processes.” Whitworth continued. “Incident.io consolidates incident management into a single place, allowing the entire organisation to play on the same field.”

Whitworth admits that there’s a number of competing products on the market, including Rootly, Jeli.io, and BreachQuest. In March, automated incident response platform Shoreline raised $35 million at an undisclosed valuation, while FireHydrant — another rival — last August landed $23 million in a bid to accelerate its go-to-market efforts.

But with the global incident response services sector expected to be worth as much as $10.13 billion by 2026, according to Mordor Intelligence, Whitworth is betting that there’s plenty of customers to go around. Incident.io counts over 150 brands among its customer base, to wit. 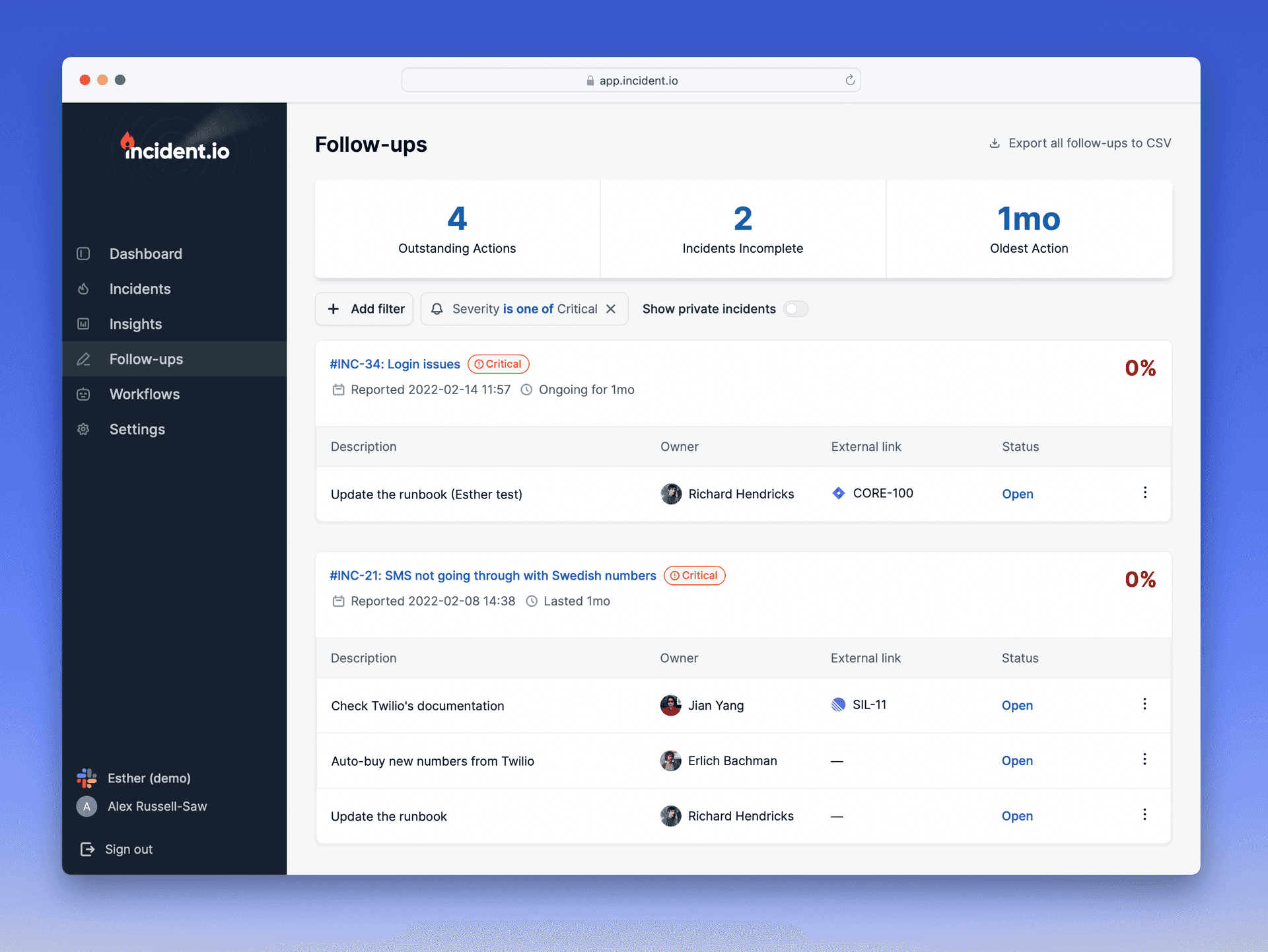 “We’re most valuable to organisations of more than 200 people, where the pain of coordinating across multiple teams in incidents is felt most acutely, and organizations where there is regulation to navigate (e.g.,, fintechs), high uptime requirements (e.g., ecommerce) or complex operational domains (e.g., food delivery and logistics),” Whitworth said. “[W]e’ve seen little impact so far from any budget reductions or cost-cutting measures from a sales perspective, but it’s early days.”

Investors seem to agree. Incident.io today announced that it raised $28.7 million in a Series A round led by Index Ventures with participation from Point Nine, Instagram co-founder Mike Krieger, and the Chainsmokers’ Mantis VC. Together with a previously-unannounced $5.5 million seed round, which closed earlier this year, Incident.io’s total raised stands at $34.2 million.

Whitworth said that the cash will be put toward international expansion — specifically a first office in New York City — and growing Incident.io’s London team to “accelerate [the] product roadmap.” The startup has 29 employees currently and expects to be at around 50 by 2023.

“We wanted to be able to take bigger bets, more quickly (expansion to the U.S., grow the team to satisfy product demand), and more safely (have a war chest during economic downturn),” Whitworth said. “We raised this round in response to the growing demand that we were seeing from customers.”