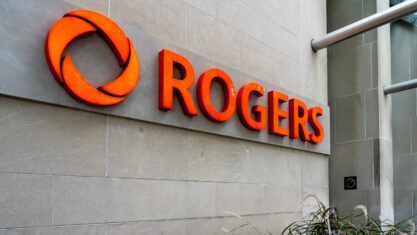 Rogers CEO Tony Staffieri and Canada Innovation, Science and Industry of Canada Minister Francois-Phillipe Champagne met today to discuss this past Friday’s outage, according to BNN Bloomberg. For those who don’t know, this past Friday, Rogers had an outage that affected millions of customers. Even those not with Rogers could have suffered due to Interac and other services that were down.

Following the meeting, Champagne posted on Twitter and held a virtual conference discussing some of the outcomes of the meeting. Champagne said he’d given the telecoms 60 days to consider emergency roaming, mutual assistance during outages and building a better communication protocol to inform the public and authorities during telecommunication emergencies.

This is just a first step. Canadians deserve more from their providers in terms of quality and reliability of service and I will ensure they meet the high standard that Canadians expect, including improving competition, innovation and affordability.

That’s why today I brought together the heads of the major telecom companies to demand they take immediate action to improve the resiliency and reliability of our networks by ensuring a formal arrangement is in place within 60 days.

The meeting had Rogers CEO Staffieri and Champagne alongside other executives from other major telecom companies “to discuss how important it is to improve the reliability of the networks across Canada,” according to the report.

Alongside Interac and Rogers customers being affected, it also caused postponements of events like the Weeknd’s concert, ISPs like TekSavvy, the CRTC lines, Canadian Blood Services website and app, Service Canada’s website and ArriveCAN, which impacted travellers arriving in Canada by land or air, CRA accounts and more.

My statement on the current Rogers outage: pic.twitter.com/2OYQlH5SCf

Currently, Rogers is attempting to acquire Shaw Communications for $26 billion CAD. Minister Champagne is one of the standouts that Rogers needs approval from to acquire the telecom, so it’s possible this might affect the sale, considering Champagne’s disapproval of the situation. Champagne, alongside the Competition Bureau, are already opposed to the deal, as it might raise prices.

Reportedly, Rogers’ outage was due to a maintenance update.

“We now believe we’ve narrowed the cause to a network system failure following a maintenance update in our core network, which caused some of our routers to malfunction early Friday morning,” Staffieri wrote. “We disconnected the specific equipment and redirected traffic, which allowed our network and services to come back online over time as we managed traffic volumes returning to normal levels.”

Seventeen hours after the outage, Rogers said it restored service “for the vast majority” of customers but notes that some may “experience a delay in regaining full service.”