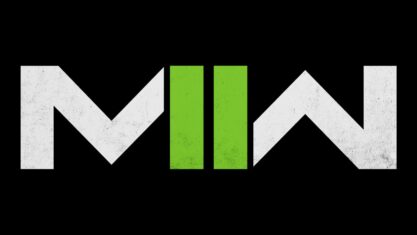 Activision Blizzard and developer Infinity Ward have revealed Call of Duty: Modern Warfare 2 will be the next core entry in the long-running franchise.

This year’s Call of Duty title will take players back to the Modern Warfare side of the franchise. The announcement not only confirms the title but also reveals the upcoming title’s logo treatment.

The new era of Call of Duty is coming,” a recent announcement tweet states.

The new era of Call of Duty is coming. #ModernWarfare2 pic.twitter.com/HMtv2S6Nlz

Overall, this is a rather low-key announcement given a sequel to 2019’s Modern Warfare was expected as 2022’s Call of Duty title. With That said, the logo treatment does inspire the classic feel of the original Modern Warfare series.

Eagle-eyed players will catch a glimpse at the Task Force 141 symbol. Fans of the franchise will also recognize this as the special unit operation led by Lieutenant General Shepherd, Captain John Price, and Captain John “Soap” MacTavish.

A full reveal of the game will likely take place later during the summer. Activision Blizzard traditionally releases new entries in the Call of Duty series in November following in-depth reveals of both campaign and multiplayer modes. Additionally, a sequel to Call of Duty: Warzone is expected to coincide with the launch of Modern Warfare 2.

News of the announcement comes at a time when Activision Blizzard stockholders voted with 98 percent approval of Microsoft’s acquisition bid. Although the deal is not yet confirmed, Microsoft expects it to close by June 2023. This means that Modern Warfare 2 could potentially be the last Call of Duty title to not be published by Microsoft. In fact, reports claim Activision Blizzard may skip a 2023 Call of Duty release altogether. Thought a “steady stream of additional content” is said to be planned for Modern Warfare 2.

It’s worth noting that Activision Blizzard is currently under investigation for sexual harassment claims. Since claims of “frat-boy culture” within the workplace have been surfacing, 37 employees have “exited.” The California Department of Fair Employment and Housing also filed a lawsuit last year against the company.