Apple introduced iOS 16 with a redesigned lock screen, undo send for iMessages, and updates to Live Text at its Worldwide Developer Conference (WWDC) on Monday. Alongside these updates, the company also showed off several new features for its Photos app, which will allow it to better compete with Google Photos.

With iOS 16, Apple’s Shared Photo Library offers a new way to store photos and videos captured by family members in one place — like photos of pets and events. It’s a separate iCloud photo library from your main library. 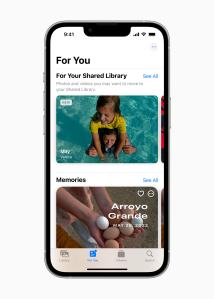 Up to six users can upload photos to this collective photo feed. You can manually select photos or rely on the intelligent suggestions feature to share photos of a particular person or a place. This could be useful for parents who want to share their photos of the kids automatically, for example, and is similar to Google Photos’ years-old Live Albums or partner sharing features.

iOS 16 will also bring a handy toggle in the camera app to directly share snaps to the Shared Photo Library. 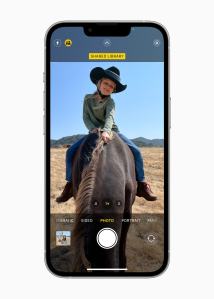 Apple said that all contributors can add, delete, and edit photos and videos in the library.

In comparison, Google Photos’ partner sharing feature has options for sharing all photos, photos of specific people, and only photos since this day.

You can also create a shared album to collaborate with more users. Plus, you can auto-upload features for select people and pets.

Another feature coming in iOS 16’s Photos app update will bring a nifty cleaning feature that will automatically detect duplicate images. You can review those images and delete the ones that are not needed and free up some space on your device. (The functionality will be available under Albums > Utilities.)

Google Photos doesn’t have an in-built duplication remover, but it has a storage manager that lets you clear out large photos and videos, blurry images, and screenshots, and tools to remove photos from the device if they’re already backed up to the cloud.

Apple is also adding privacy enhancements in the Photos app in iOS 16 by automatically locking Hidden and Recently Deleted albums. You have to use Face ID, Touch ID, or a passcode to unlock them.

Visual Lookup is the most exciting and fun feature of iOS 16. It allows you to “pick up” an object — like a pet or a dish — from your photo, and lets you share it as an image in other apps such as Messages, WhatsApp, and Telegram. Think of it as an in-built sticker creator that doesn’t need any background removal tool.

The updated Photos app will let you copy and paste edit styles over multiple photos, too. If you’ve got a set formula of filters and effects to jazz up your photos, you can apply it to one image and copy the edits over to other images to easily replicate those changes.

What’s more, with iOS 16, you’ll be able to undo or redo multiple steps in the edit mode. Many other apps just let you discard all changes, so if you need to retrace the last few steps, you have to start over.

The new Photos app will also bring new memory types like this day in history, alphabetical sorting for people, and turning off featured content.

Apple’s finally showing some serious feature chops with iOS 16’s Photos update that could give Google Photos a run for its money. Even if you use Google’s app for backing up your photos, these upcoming updates to iPhone’s default picture management app can be really handy for editing and private images.