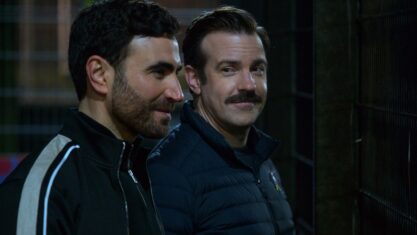 Ted Lasso is likely coming to an end.

“We are writing it like that,” he said. “It was planned as three. Spoiler alert: everyone dies.” It should be noted that Apple itself has not commented on the future of the series.

While the bit about everyone dying is clearly a joke, Goldstein’s broader point about the series coming to an end lines up with previous comments from Ted Lasso himself, Jason Sudeikis, who also co-created the series. In 2021, Sudeikis told Entertainment Weekly that the show was envisioned as a “three-season arc,” although he admitted at the time that he didn’t know what might come after that.

Since its debut in August 2020, Ted Lasso has become Apple TV+’s flagship original series. The show, which follows an American basketball coach who travels to England to coach a soccer team, has garnered rave reviews and numerous Emmy nominations for its blend of humour, performances and uplifting tones.

Production is currently underway on Season 3, which is set to premiere on Apple TV+ later this year.

Source: The Sunday Times Via: Variety