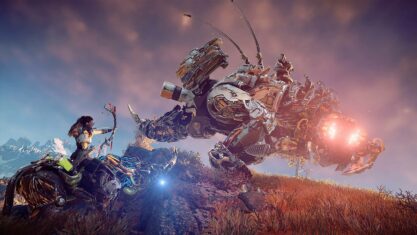 Now, some early details on the production, including some notable Canadian connections, have seemingly been revealed.

As spotted by VentureBeat journalist Jeff Grubb, a production called “Horizon 2074” has appeared on the Directors Guild of Canada Ontario’s website. This is the same title that Grubb, a reliable industry insider, mentioned a few weeks ago.

What’s more, the page lists dozens of crew members, including those who have worked on such notable Toronto productions as Amazon’s The Boys and The Expanse. This, plus the Directors Guild Ontario listing, suggests the series will shoot in Toronto.

According to Grubb, Horizon 2074 will tell a story that takes place during and before the events of the games. Horizon Zero Dawn, as well as its 2022 sequel, Horizon Forbidden West, are open-world action-adventure games set in a post-apocalypse in which machines have overrun the world. The games follow Aloy, a hunter who fights to liberate the world from these constructs and the mysterious forces who seek to control them.

Per Grubb, Horizon 2074 will not retell Aloy’s story and instead “explain other elements that happened in the game,” including, presumably, the fall of humanity.

It’s currently unclear when PlayStation and Netflix plan to release the series or even begin shooting. That said, this will be PlayStation’s second production in Canada, following HBO’s recently wrapped Calgary-shot The Last of Us series.

Other PlayStation adaptations in the works include God of War, Twisted Metal, Ghost Tsushima and Gran Turismo.