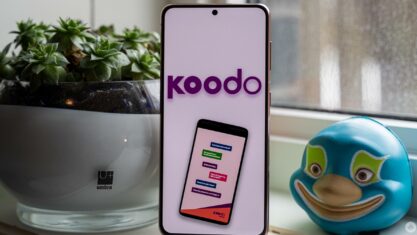 Koodo has put its 8GB bring your own phone plan on sale.

The plan previously cost $56 a month but is offered for $55 a month for a limited time. The plan includes 8GB of data at 4G speed, unlimited Canada-wide minutes, and unlimited international messaging.

Koodo introduced the offer on May 11th but it’s unclear how long it will last.

The $1 promotion comes as Koodo simultaneously increased the cost of its 15GB plan to $65 a month. The plan previously cost $60 a month.

Koodo still has a plan worth $60 a month, but it offers a new option of 10GB of data, so new customers will get significantly less data. The last time Koodo offered a 10GB plan option, it cost $58 a month, as MobileSyrup reported on February 10th.

The increases come alongside a $4 a month hike on Koodo’s tab plans.

Both tabs offer the loan alongside 10GB of data at 4G speed, unlimited Canada calling, and unlimited international texting. This plan was previously worth $56 a month but now costs $60.

Koodo isn’t the only flanker brand to have increased plan prices. Fido also increased the cost of its 10GB plan twice in two weeks.

You can view all of Koodo’s plans here.