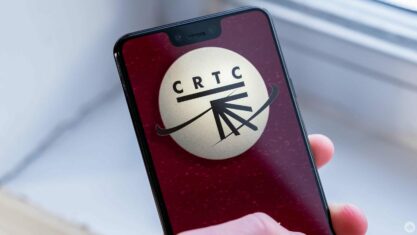 Telecom companies associated with the roll-out of next-generation 9-1-1 (NG9-1-1) services are asking the commission not to use money dedicated to other telecommunications services as a funding source, according to reporting from Cartt.ca.

The Canadian Radio-television and Telecommunications Commission (CRTC) has been working to figure out how to fund NG9-1-1 for some time, which comes with a $55 million price tag.

The CRTC wants to use the National Contribution Fund (NCF) to alleviate cost concerns and asked companies to provide feedback. The money in the fund comes from service providers and partially pays for video relay services for customers with speech and hearing impediments.

In a submission, Telus said the CRTC should not access the funding through the NCF. In a second submission, the company said the commission should reclassify smaller operators as originating network providers (ONPs). Doing so will eliminate the current problem as they won’t have the tasks, and costs, associated with being an NG9-1-1 service provider.

SaskTel also advised against the CRTC dipping into the NCF as doing so could lead to problems given the lack of guidelines and oversight. However, the company said if the CRTC uses the NCF, the money should specifically be used to address “the large costs of subscribers experienced by very small providers.”

Bell proposed an option to have the NCF cover some costs of the service managed by the smaller players, and the rest come from customers.

Shaw and Rogers both stated the NCF shouldn’t be used to fund the process as it could complicate the situation. Québecor also voiced against the funding option.

As Cartt.ca reports, the Public Interest Advocacy Center (PIAC) said the NG9-1-1 networks should receive full funding from the NCF.

Partially funding the program would be “complicating the overall funding process but could also lead to significant cost disparities with respect to the remaining costs in different regions, resulting in end-users residing in remote and/or rural regions paying much more for the same service.”

Save on smartwatches with the Top Deals at Best Buy Canada

Ontario is getting 50 new EV chargers