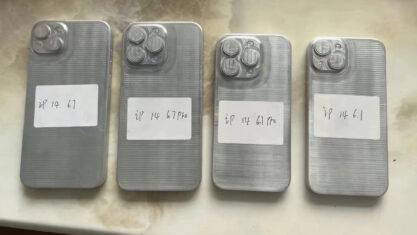 It looks like the iPhone mini line’s days are numbered.

This shift in the upcoming iPhone line’s size lineup has been long rumoured, but now, more fuel has been added to the rumour fire. Schematics leaked by a user on Weibo, a notable China-based social media platform, show off the rumoured iPhone 14 line’s case design.

The Weibo user also goes on to say the iPhone 14 Pro features a front-facing shooter with an “exclamation point camera design” similar to Samsung’s Galaxy S series, according to 9to5Mac. On the other hand, the rumoured iPhone 14 and iPhone 14 Max will still feature the now-familiar display notch. This corroborates earlier rumours from often-reliable TF International Securities Apple analyst Ming-Chi Kuo citing the shift in size and the addition of a new A16 chip.

In the past, Bloomberg’s Mark Gurman has also reported that at least some of Apple’s iPhone 14 devices will feature a front-facing hole-punch camera.

The slowdown in 2019-20 was neither anomalous, nor inexplicable