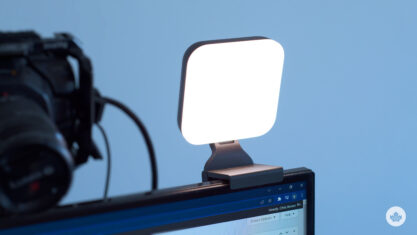 Searching the term “streaming light” will bring up dozens of lights claiming to offer soft, attractive lighting. Most of the results will be cheap LED ring lights with from brands you’ve never heard of. And if you want to go with a reputable brand, you can expect to pay anywhere from $150 to $300. They offer better quality, but they usually aren’t worth the higher price.

Needless to say, I was skeptical when I was sent the Logitech Litra Glow. At $80, Logitech’s latest peripheral falls well below the price point of other major brands such as Elgato and Razer. But Logitech has managed to create a light that forgoes frivolous features to create a product delivers where it counts.

The problem with current streaming lights

I’ve worked in the film industry for over five years now, working on everything from major films to live television, commercials, and indie projects. If I’ve learned anything from those experiences, it’s that expensive lighting doesn’t equate to good lighting. You’d be surprised at how many cheap paper lanterns are used on major productions. It’s why my setup currently consists of flashlights, floor lamps, and foam boards.

When it comes to streaming lights, though, users are looking for a light that’s simple to set up, doesn’t take up much space, and produces soft light. Of course, price is a major factor, too.

That’s why ring lights have become so popular. You point your camera through the ring, plug it in, and you’re good to go. The problem is that the quality of the lights is lacking. Not only are the bulbs prone to failure, but the lights lack diffusion. They produce harsh light that washes out their subject and creates unappealing hot spots on your skin.

Logitech has taken a different approach. Instead of going for a ring light, they’ve opted for a flat LED panel with heavy diffusion. Thanks to its unassuming design and small surface area, you’ll forget it’s on your monitor in no time.

The unboxing experience for the Litra Glow falls right in line with the design of the device itself. It’s simple.

Going from unboxing the light to being fully set up takes less than a minute. Inside the box you’ll find the light already attached to the monitor mount, a USB-C to USB-A cable, a visual instruction pamphlet, and a safety manual. I’m not going to tell you to ignore the safety manual—that would be highly irresponsible—but you won’t be needing either piece of paper to get ready for streaming. Once it’s plugged in, you’re ready to go. 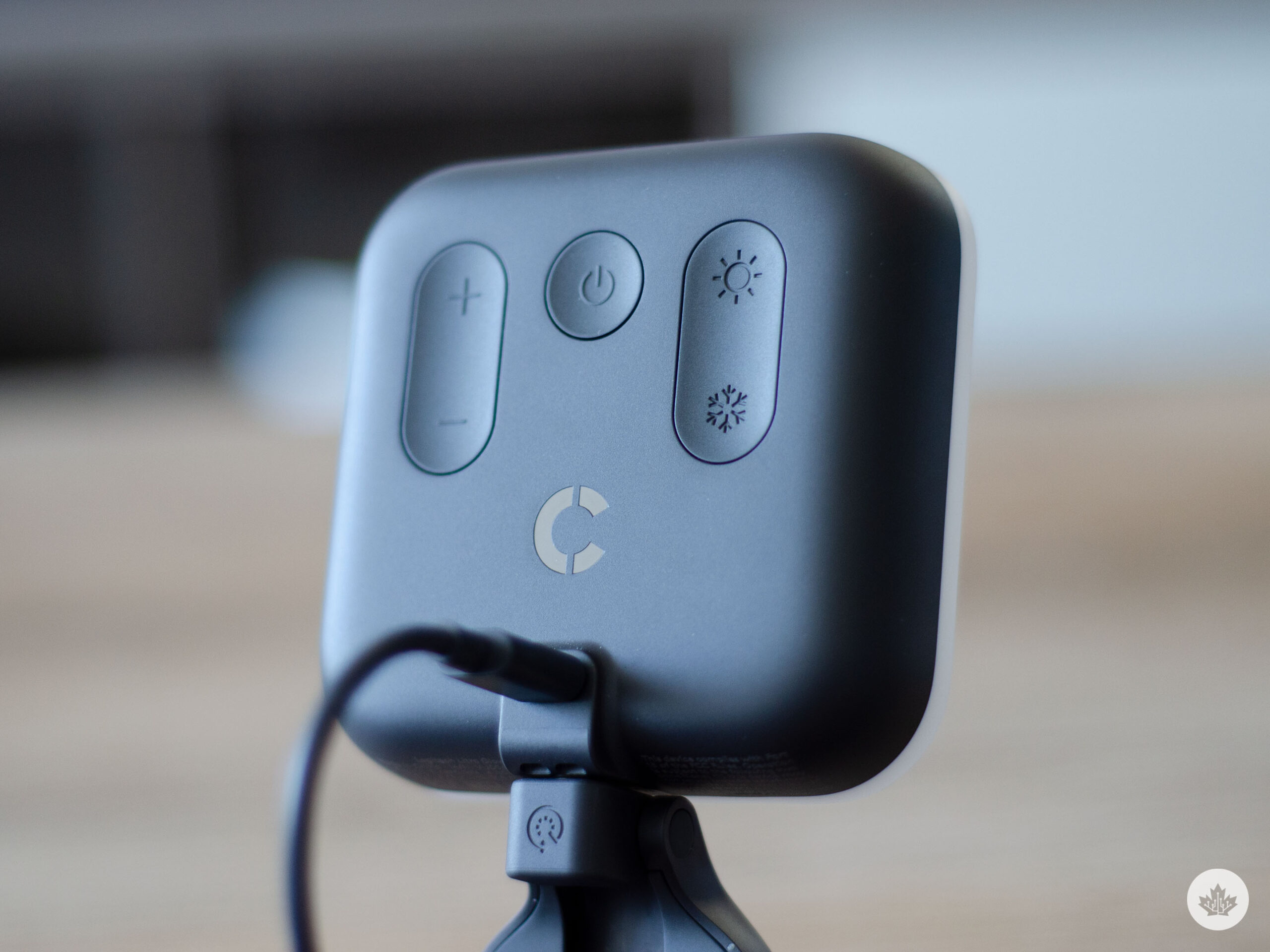 Logitech doesn’t promote it, but one of the best features light is the ability to make adjustments in real-time without needing to use software—or worse—go behind your desk to fiddle with sliders or tiny buttons. There are five buttons located on the back of the light and each one is easily identifiable by touch. Simply reach up and you can adjust the brightness and temperature on the fly.

This is a feature that’s lacking on many higher-end models that I’d love to see incorporated in the future. Whether you’re in a meeting that runs into the evening, streaming with natural light that needs a boost, or any number of other scenarios, being able to tweak your lighting without switching applications or getting up in the middle of a conversation is a feature that Logitech should promote more.

The Litra Glow’s mount is another surprisingly intuitive inclusion. I don’t know many mounts that I’d call “intuitive,” but thanks to a clever tilt mechanic and a design that naturally fits to both curved and flat monitors, it earns the title. Like a webcam, the Litra Glow hooks onto the top of your monitor. It’s a nice change of pace from many lights that either require their own stand or don’t have an option for mounting at all. Once you’ve hooked the light onto your monitor, you can adjust the tilt horizontally and vertically to make sure that the light is pointed exactly where you want it for the softest look.

Light of your life

Now for the question you’ve all been waiting for. Does the Litra Glow produce decent light? Yes. And it’s better than just decent.

Anyone with experience in photography or cinematography can tell you that the bigger the light source is, the softer the light will be. So when I saw how small the Litra Glow was, I had my doubts. Thanks to a surprising amount of power and it’s multiple layers of diffusion, it delivers soft light, even during the daytime.

Put kindly, I’m somebody with imperfect skin. More pointedly, I look like a zombie who’s been starved for weeks. I can use all the help I can get to smooth out my imperfections and bring some colour back to my face. 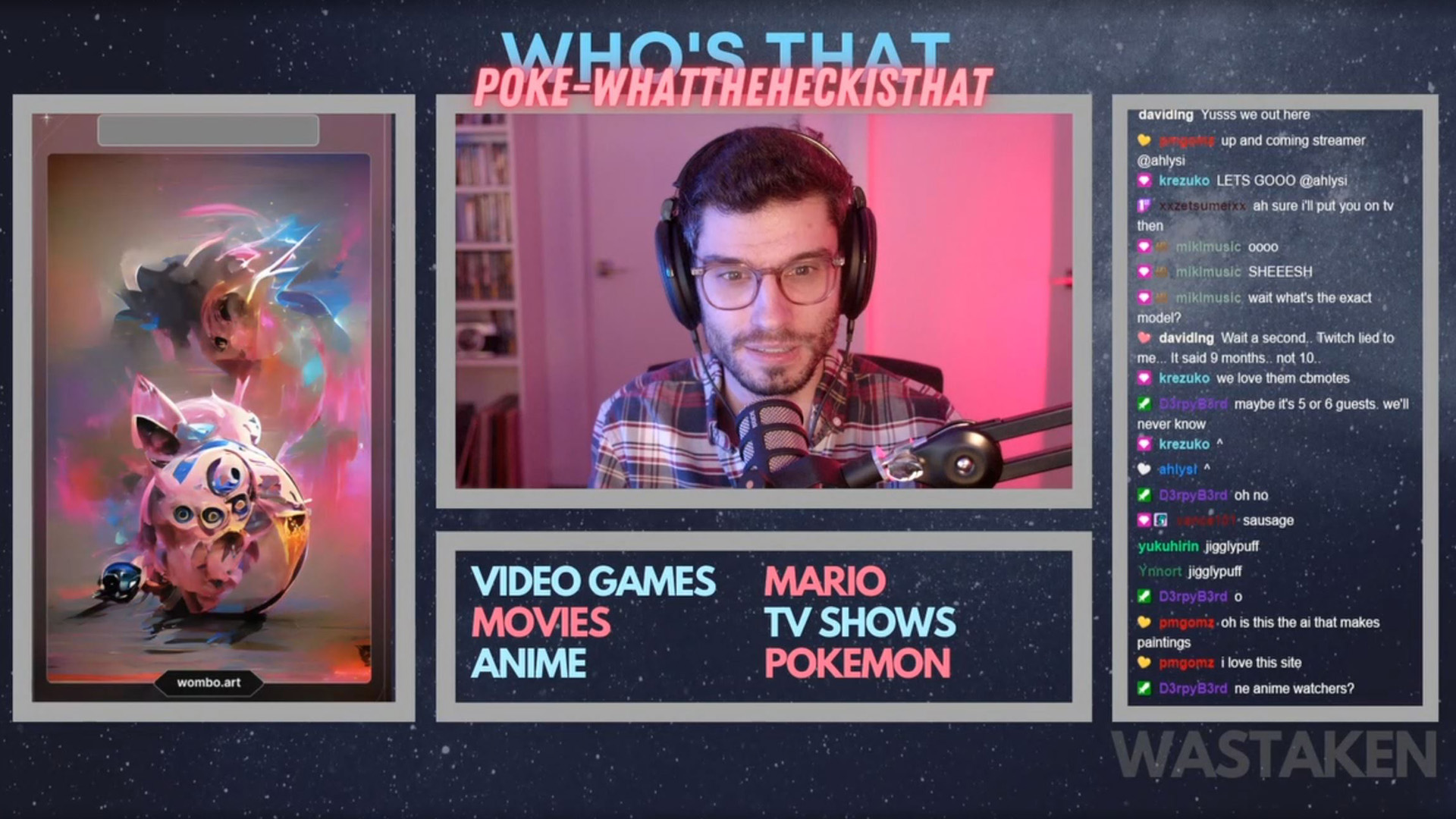 That’s where the brightness and temperature settings come in. Many webcams automatically adjust their colour balance to match the lighting, so being able to adjust the colour temperature of the light is essential. If the light on your face is too warm compared to the background, you’ll either look really orange—not a popular look these days—or your background will be blue. If that’s what you’re going for, that’s great. But you should be able to make that choice, not have it thrust upon you.

If you use a DSLR like I do, you have the option to tweak your in-camera temperature manually, so this won’t be as much of a concern. Still, it’s a great option to have, and you can achieve some really creative looks if you feel like experimenting. The image above was from a recent Twitch stream. I used the Litra Glow as my key light, the LED strip light behind my TV for the pink ambient light, and a flashlight bounced off of a white foam board for the blue fill light. It took about two minutes to set up, and I’m pretty happy with the result.

Below you can see a power comparison. It isn’t meant to show the quality of the lighting, but rather its power.  The images were taken on a bright afternoon with my camera stopped down to show the power of the light more effectively. At 100% power, I would have needed to lower the exposure even further to not be blown out compared to the background. In other words, you won’t need to worry about a lack of power, even during the day. Angled correctly, the Litra Glow can help to smooth out less than flattering shadows. 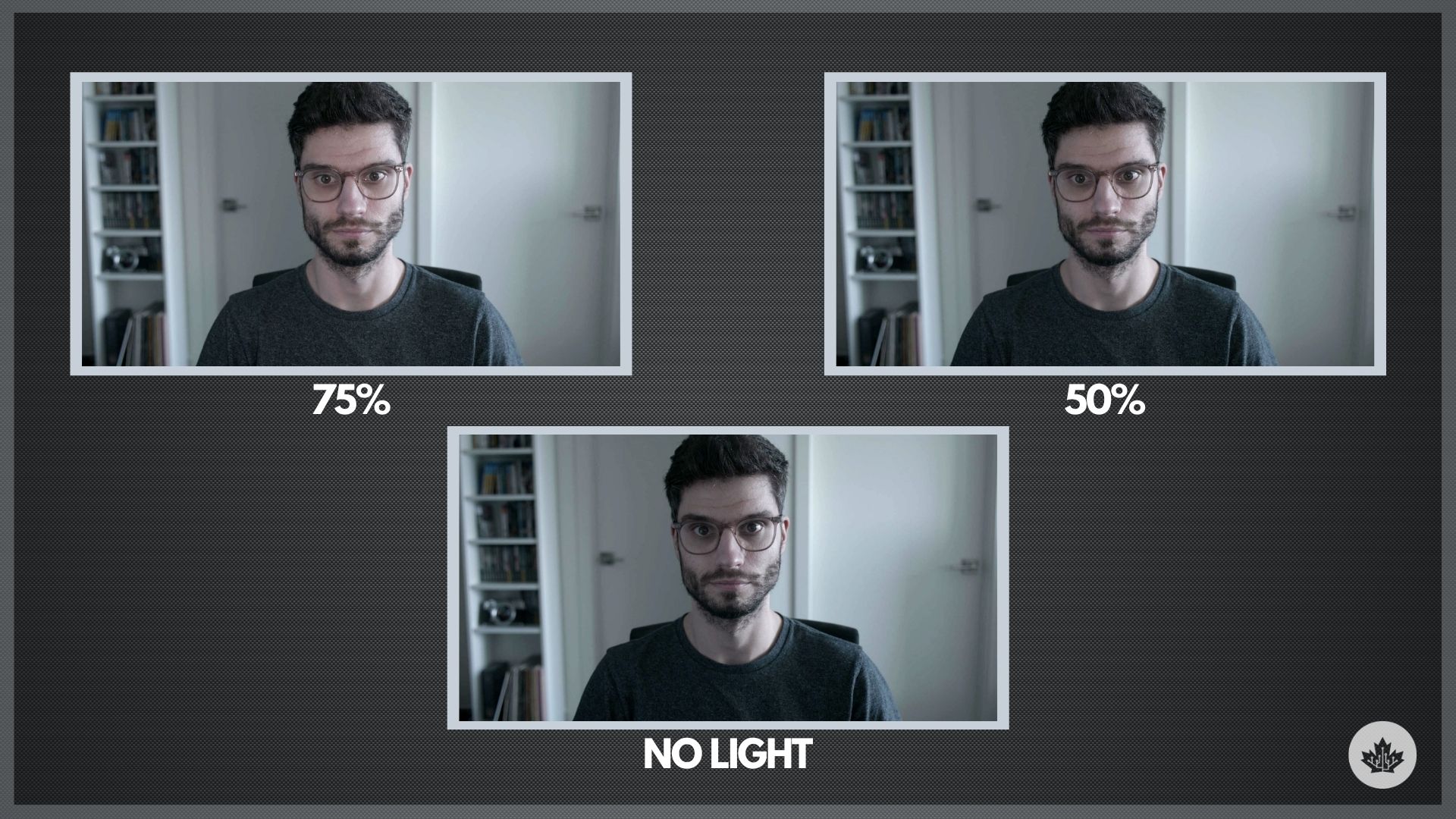 The Litra Glow comes with five presets for brightness and temperature using the buttons on the back of the light. I found these gave a solid range of options without needing any finessing, but if you want to go more in-depth with your settings, or if you prefer a software-based approach to your peripherals, the Litra Glow works with Logitech’s G Hub. Jumping into the program allows you to make fine adjustments to the brightness and temperature.

And if you want to see how you look before joining a call with your boss to ask for extra vacation days—somebody please share this article with my boss—you can preview how your lighting will look in the Hub as well.

I love the Litra Glow. In a sea of terrible options, the Litra Glow offers an option that isn’t significantly overpriced or one button press away from falling apart. If I had one complaint about the device, though, it would be the plastic construction. While it doesn’t feel cheap, I doubt it would survive the fall off a standing desk. That shouldn’t be a concern thanks to the monitor mount, but it’s worth mentioning. And hey, it feels like a tank compared to most ring lights.

At $80, Logitech’s Litra Glow offers soft lighting in a compact package that easily competes with more expensive options on the market. It’s a product that you can easily set up and never think about again. And that’s a good thing.

You can find the Logitech Litra Glow Streaming Light at Best Buy Canada.

MobileSyrup utilizes affiliate partnerships. These partnerships do not influence our editorial content, though MobileSyrup may earn a commission on purchases made via these links that help fund the journalism provided free on our website.