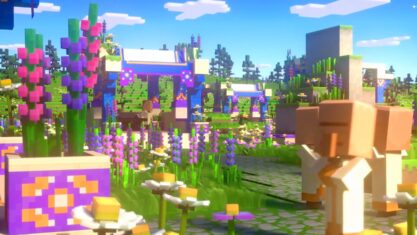 It’s an “action strategy” game in which players can roam a block-y world with friends to get up to all kinds of adventures.

Here’s the full trailer, which debuted at the Xbox & Bethesda Games Showcase:

Discover the mysteries of #MinecraftLegends, a new action strategy game. Lead your allies in heroic battles to defend the Overworld from the destructive piglins. Coming 2023! #UnitetheOverworld https://t.co/23iVJgBECz pic.twitter.com/Yu2iEgLPM7

Notably, the only mentioned Xbox consoles and PC, but given that other Minecraft games are on other platforms, it remains to be seen whether Legends will be as well.