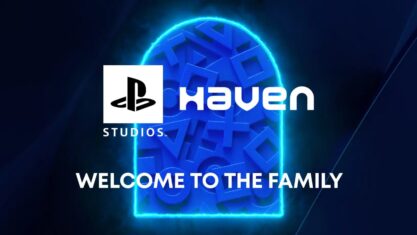 Following the news that PlayStation is acquiring Montreal-based studio Haven, the company has announced that the deal is complete. As of today, the studio founded by Canadian games veteran Jade Raymond is now a part of PlayStation Studios.

“It’s official! The agreement to acquire Haven has closed,” PlayStation Canada writes. The completion of the acquisition means that Haven is the first Canadian studio to be under PlayStation’s umbrella.

It's official! The agreement to acquire Haven has closed. Welcome to the PlayStation Studios family, @HavenStudiosInc ! pic.twitter.com/WZTYLihV3h

Haven was first established in 2021 under Jade Raymond as an independent game studio. However, at the time, Haven was working closely with PlayStation on an “original, new IP.” Raymond reportedly brought on other talented game developers she’s worked with to help bring this project to life.

In March 2022, PlayStation announced its plans to acquire Haven. Though, it took a few months for the deal to go through and the ink to dry on the contract. Now, Haven will work even more intimately with PlayStation on what’s believed to be a live service game.

Details on the project are sparse. However, it’s said to be a PlayStation 5 title with multiplayer aspects. The scope of the game is still very much undefined. However, Haven has been growing rapidly; it now employs 106 people, up over 50 since October, the studio revealed to GamesIndustry.biz.