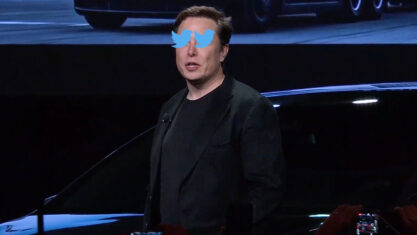 Elon Musk’s tenure at Twitter hasn’t even officially begun, but a new Bloomberg report suggests that the world’s richest man intends to cut costs and jobs in a bid to generate financial returns.

The snippet of information comes from unnamed people familiar with the matter, who say that while in talks with bankers to acquire along for the $44 billion USD (about $56 billion CAD) purchase, Musk floated the idea of cutting both jobs and company costs. “He didn’t go into details about which departments or positions might be affected,” said the unnamed source.

Additionally, new subscription tiers might be coming to the social media platform, as Musk was heard discussing subscription services to drive recurring revenue.

While we aren’t entirely sure how Musk intends to lead Twitter, his statement in the company’s acquisition press release suggests that his focus is primarily on free speech.

“Free speech is the bedrock of a functioning democracy, and Twitter is the digital town square where matters vital to the future of humanity are debated,” said Musk. “I also want to make Twitter better than ever by enhancing the product with new features, making the algorithms open source to increase trust, defeating the spam bots, and authenticating all humans. Twitter has tremendous potential — I look forward to working with the company and the community of users to unlock it.”

Musk abolished Tesla’s PR (public relations) department back in 2020, so something similar might be on the table for Twitter as well.

In other Musk and Twitter-related news, two Canadian banks have lent $1.46 billion to Musk for his Twitter acquisition.