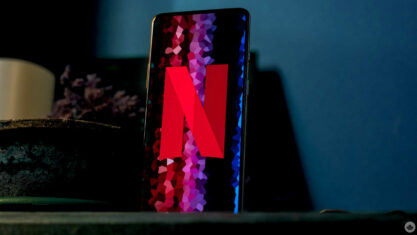 According to The Hollywood Reporter (via The Verge), Sarandos shared the news during an interview at the Cannes Lion advertising festival.

“We’ve left a big customer segment off the table, which is people who say: ‘Hey, Netflix is too expensive for me and I don’t mind advertising.’ We adding an ad tier; we’re not adding ads to Netflix as you know it today. We’re adding an ad tier for folks who say, ‘Hey, I want a lower price and I’ll watch ads,’” Sarandos said in the interview.

The news doesn’t exactly come as a surprise. Netflix has been expected to launch an ad-supported subscription tier for a while, due in part to the company’s other co-CEO, Reed Hastings, saying he was open to the idea in April.

Moreover, Sarandos’ comments come on the heels of Netflix losing subscribers for the first time in over a decade. In Q1 2022, Netflix lost 200,000 subscribers compared to Q4 2021. Although Netflix remains the largest streaming platform with 222 million subscribers, the subscriber loss clearly has the company thinking about ways to bring new people in. Whether offering a cheap, ad-supported tier is the way to do that remains to be seen (maybe a better idea would be reversing any of the numerous recent price hikes).

There are also questions around which company Netflix would partner with on ads. A Wall Street Journal report said Google and NBCUniversal were top contenders, but Sarandos wouldn’t give any details when pressed during the interview. Instead, Sarandos said the company might use a partnership in the interim while it builds out its own ad business.

Finally, it’s worth noting that Netflix isn’t the only streaming service considering an ad-supported tier. Disney has detailed plans to bring ads to Disney+ starting in the U.S. this year and to international markets in 2023, although it’s unclear if that includes Canada. Disney plans to run an average of four minutes of ads or less per hour, with no political or alcohol ads and no ads on shows aimed at pre-school audiences.

Source: The Hollywood Reporter Via: The Verge