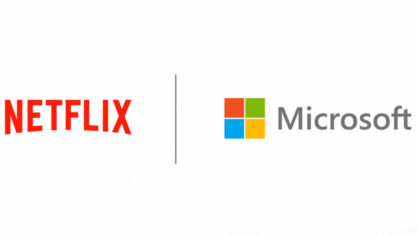 After hinting at a cheaper ad-supported subscription tier back in May, Netflix actually seems to be making progress. In a note to employees that was communicated to The New York Times, the streaming giant indicated that the tier would be introduced in the last three months of 2022.

Now, according to the Los Gatos, California-based company, it has selected Microsoft as its global advertising technology and sales partner.

We’re thrilled Netflix has selected Microsoft as its advertising technology and sales partner. We want publishers to have more long-term viable ad monetization platforms, so more people can access the content they love wherever they are. https://t.co/QmPszxJTOf

“It’s very early days and we have much to work through. But our long term goal is clear. More choice for consumers and a premium, better-than-linear TV brand experience for advertisers,” said Greg Peters, chief operating officer and chief product officer, Netflix. “We’re excited to work with Microsoft as we bring this new service to life.”

Netflix isn’t the only company Microsoft intends to provide advertising technology to. In April, the company announced that it is looking into introducing ads in free-to-play Xbox games. Read more about it via the link below: