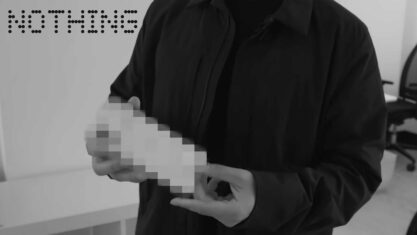 Nothing has just dropped a new behind-the-scenes video about the Nothing Phone (1), but sadly all the cool stuff is blurred out.

I won’t spoil the video given its vlog-like nature and the fact that it’s an enjoyable watch, but I will say that from the size of the blurred object in Carl Pei’s hand, I’m expecting the Nothing Phone (1) to be large. It might even be as big as the OnePlus 10 Pro, but still thin.

If you align this with all the subtle design elements that the company has shown off, it’s starting to look like a genuinely exciting device. On June 13th, the company showed off the device’s top edge and the sides alongside a few parrot pictures. Nothing also followed the biggest YouTube tech creators on Twitter during that time, suggesting that its device is getting closer to release and aims to make videos with YouTube’s top tech creators.

Nothing is holding an event on July 12th, and we expect to see the entire phone there. You can watch the full video below: