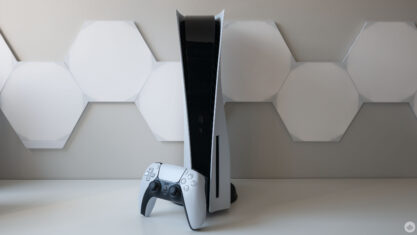 Sony has confirmed that PlayStation 5 sales have reached more than 20 million units worldwide. The company also claims that it could have hit this milestone earlier but that COVID-19 continues to impact supply chain and production.

“We are thrilled to share that Sony Interactive Entertainment (SIE) has sold more than 20 million PlayStation 5 consoles globally,” said Veronica Rogers, SVP, head of global sales and business operations, in a recent statement.

“Since PS5’s launch, our teams have worked tirelessly to deliver a truly next-gen gaming console that has won the world over and we want to take this time to thank the fans for their support. Your passion for the PlayStation brand is what drives us and what inspires us to innovate new technology, engineer the future of gaming, and continue creating the best place to play.”

On top of confirming that PlayStation 5 has reached 20 million in sales, Sony says production is significantly ramping up.

“We are working endlessly to make sure that PlayStation 5 is available for everyone who wants one.” In a recent statement, Sony claimed that the company has been able to sell 80,000 PlayStation 5 consoles in 82 minutes.

In similar news, first-party studio Insomniac Games has revealed that its 2018 title Marvel’s Spider-Man has hit 33 million in sales. The game will arrive on PC on August 18th.