Prime Video partners with PUBG for The Boys collaboration 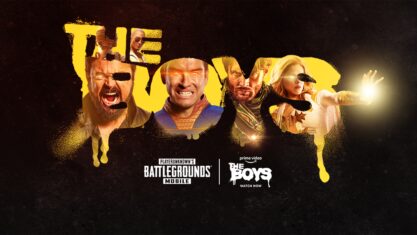 Popular battle royale game PUBG Mobile has partnered with Prime Video and Sony to release a variety of skins and items amid the release of season 3 of The Boys on June 3rd.

PUBG Mobile has announced the game will include hero skins of characters such as Homelander, Starlight and Soldier Boy alongside the release of season 3.

This also includes weapon skins, backpacks, a unique Supes parachute and more. Following up season 3’s launch, on June 8th PUBG Mobile will hold a “Supe Spree” in-game event based on The Boys that has players in squads hunting down Billy Butcher in a murder mystery game.

Peace and quiet? Not a chance! 💀

To celebrate the launch of The Boys Season 3 on @PrimeVideo, PUBG MOBILE is bringing some diabolically fun @TheBoysTV content and events beginning on June 3! Stay tuned for details!

Since the game’s release in 2017, PUBG Mobile has collaborated with notable movies and TV shows such as Spider-Man, Godzilla, Jujutsu Kaisen and more

PUBG Mobile reached more than 1 billion downloads in 2021, becoming a big hit on both the App Store and the Google Play Store.

It’s important to note that the collaboration will only be available for a limited time and ends on July 3rd in Canada and the United States. PUBG Mobile is available in the App Store and Google Play Store.