PSVR 2 may not launch until 2023, mass production to start with 1.5 million units 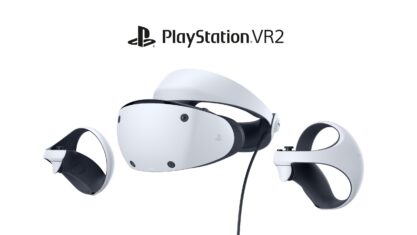 On Twitter, reputable analyst Kuo broke down what he believes is the current landscape of PSVR 2. According to Kuo, his sources state that PSVR 2 is entering mass production during the second half of 2022. The initial supply order is reportedly made to be roughly 1.5 million units.

With that in mind, Kuo claims Sony “may launch it in 2023.” Kuo suggests this timeframe is also dependent on the development schedule of the hardware’s launch titles.

(1/5)
My latest supply chain check suggests that the assembler and several component providers of PS VR2 will start mass production with about 1.5M units shipments in 2H22. Sony may launch it in 1Q23, depending on the development schedule of PS VR2 game titles. pic.twitter.com/NIqFgg4Kjl

Kuo runs through a few other notable tidbits of information. For instance, PSVR 2 features optical modules. This will mark an upgrade from the original PSVR headset, which didn’t. Now, Sony’s hardware feature six optical modules. Four of those are 720P IR cameras and two are for eye-tracking. Genius is said to be the leading supplier of the lenses.

Kuo typically has a good finger on the pulse of the industry. His insight typically lends itself well to analyzing Apple’s forthcoming devices and announcements. However, his supply chain sources likely have a good idea of where Sony’s PSVR 2 may be in production.

However, Kuo has been off in his predictions before. That said, Kuo isn’t the first analyst to predict Sony may delay PSVR 2’s launch until 2023. Ross Young previously predicted the same. Though, VR display shipments are on the rise.

Sony may find itself in a position to begin selling PSVR 2 prior to the holiday season. Given the current landscape of supply chain hurdles and software development, it’s best to air on the side of caution and set expectations accordingly.