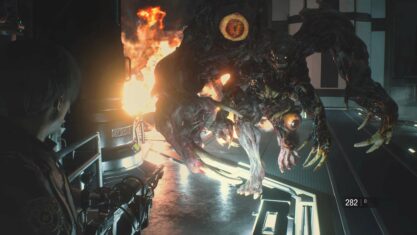 The Japanese gaming giant made the announcement during its first-ever Capcom Showcase. Until now, only the last-gen versions of Resident Evil 2, 3 and 7 have been playable on the new consoles.

With the updates, support for 4K, high frame rate, ray-tracing, 3D audio and, on PS5, DualSense controller features will be added to all three games. Those who already own the games can get a free upgrade to the current-gen versions. PC players will also get free patches today.

The next entry in the Resident Evil series, the Resident Evil 4 remake, will release on March 24th, 2023. During the Capcom Showcase, an extremely brief look at gameplay from the hotly anticipated game was revealed.

Additionally, Capcom confirmed that Resident Evil Village‘s “Winters’ Expansion” DLC will launch on October 28th. The meat of this DLC is a story add-on called Shadows of Rose that follows Ethan Winters’ daughter Rose after the events of the main game. Additionally, Winters’ Expansion will include more Mercenaries content and a third-person perspective mode.

Finally, the multiplayer experience Resident Evil Re:Verse will also launch on October 28th and will be offered at no additional cost to anyone who bought Village.