Retro game collecter suspected of selling more than $100,000 worth of forged copies of games 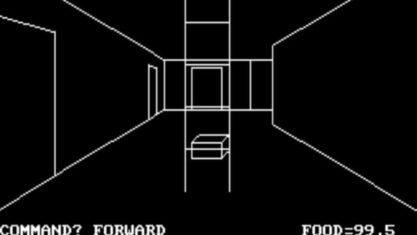 The retro gaming community is accusing a fairly active member of selling fake copies of classic games. Evidence has come forward to show many of the floppy disks, boxes and even art may be forgeries.

Enrico Ricciardi has been an active member of the Big Box PC Game Collectors retro game Facebook community. Ricciardi is a moderator and is a known seller of classic games. However, the community has come forward after one member received a game from Ricciardi that had more than a few discrepancies.

One member of the retro game community named Kevin purchased a copy of 1979’s Akalabeth: World of Doom from Ricciardi. This game comes from the mind of Richard Garriott. It is a rare title as it is one of the first RPGs. Upon receiving the game, Kevin began discussing his concerns with his copy with other members of the community. Together, they put together an investigation into Riccardi and found a number of games sold were fakes.

This used to be the center pieces of my collection. Rare and expensive old games.
Now it turns out I‘ve been scammed and sold forgeries by a well known figure in the Ultima and tetrogames community. Along with many others#ultima #akalabeth @RichardGarriott pic.twitter.com/wuiAQPSuG2

Labels for the games did not appear to be in line with the printing process from the time. At times the dirt and cosmetic markings on the labels looked as if they were printed on. Tests of some of the games conclude that no game data is on the disk. The group also accuses Ricciardi of handmaking disk labels. The retro game community believes “there is at least one black box Ultima 1 that we think may be fake that was graded by WATA.”

What’s most shocking is how long Ricciardi has been doing this and the amount of money he has earned. The group estimate that he’s been conducting “at least €100K in transactions of suspected counterfeit game items.” If correct, that equates to roughly $134,000 CAD.

Ricciardi is since banned from the retro game community. The group continues to build a case against him and urges anyone who has purchased a game to “check them very carefully.” The group also suspects that this case will result in police involvement and litigation against Ricciardi.