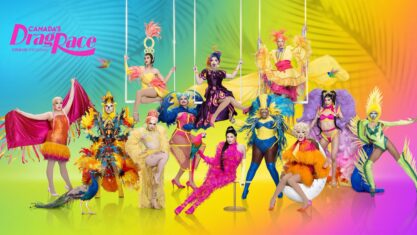 The latest episodes will see the return of familiar faces in the judges’ seats, followed by first-ever competitors from Saskatchewan and Newfoundland.

These queens are ready to spread their wings🐥#CanadasDragRace Season 3 takes flight Thursday July 14 at 9E, only on Crave. 🇨🇦 pic.twitter.com/Jsz1j5dLI3

Both guest judges and special guests will also make an appearance throughout the new season.

Like past seasons, 12 Canadian drag artists will go head-to-head to become Canada’s Next Drag Superstar and win a grand prize of $100,000.

New episodes of Canada’s Drag Race will be available to watch every Thursday at 9pm ET/6pm PT on Crave.

For more information on season three of Canada’s Drag Race and its contestants, follow this link.